Stephen Silvagni's spectacular Mark of the Year was Carlton's only consolation in this 4-goal loss to Collingwood at the MCG. 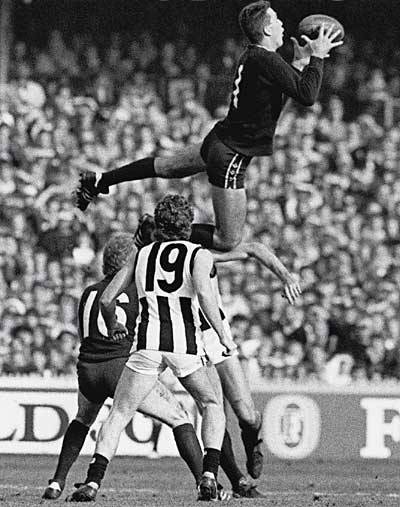 This was a game of contrasting emotions for the Carlton faithful.

And to compound the pain, we lost by 23 points after being 2 points up within 6 minutes of the final siren.


Carlton on the rebound and desperate to regain a place in the top three, is a feared opponent and ut threw everything at Collingwood at the MCG in the finals-like atmosphere. When the nemesis of the Magpies Wayne Johnston, sent a booming torpedo through for the goal which regained the lead for Carlton late in the final term, it looked as though the League titleholder would emerge victorious after a pressure-packed encounter. The Magpies were able to quickly snatch the lead back and then the scent of victory sent them into a frenzy, the destroyed Carlton in the dying minutes. - Tony Greenberg Inside Football.