Carlton beats the Eagles by 1 point at Subiaco. 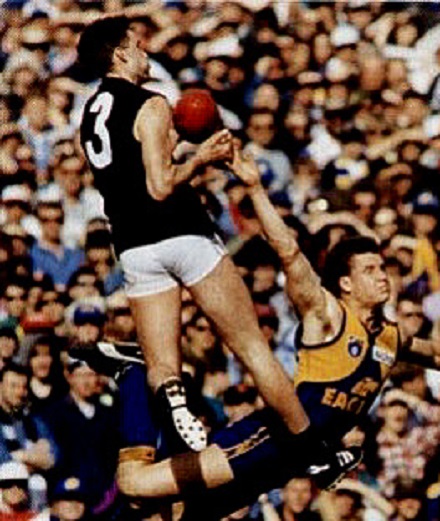 Carlton took on second-placed West Coast Eagles away from home and came away with the points in this spectacular and heart-warming game. The Blues had a good run at Subiaco in the West over the 1990’s, with a number of close wins, and this game was no different.

Eagle Chris Mainwaring had the chance to win this game just before the final siren, when the umpire paid a deliberate out of bounds decision against Andrew McKay. Tight on the boundary, Mainwaring hit the post and the Blues 2 point margin would be halved. But we’d win!

Williams would poll best on ground with 30 possessions and 3 goals, whilst the Duke and young Steven Oliver would kick 5 between them after Kernahan was injured early in the first quarter.

Playing for the West Coast was ex-Blue Damian Hampson in the #40 jumper, a former high draft pick for Carlton.

Despite the win, Carlton would not jump back into the Top 6, but would sit in 7th, 1½ wins off top spot. 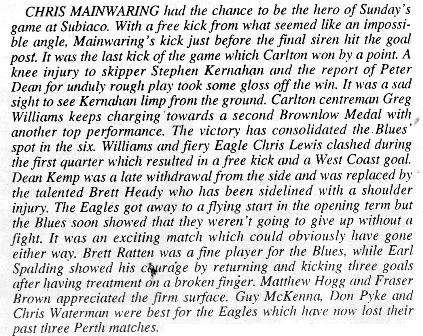