Carlton's 32-point loss to Footscray at the Western Oval marked the low point of the season for the Blues. 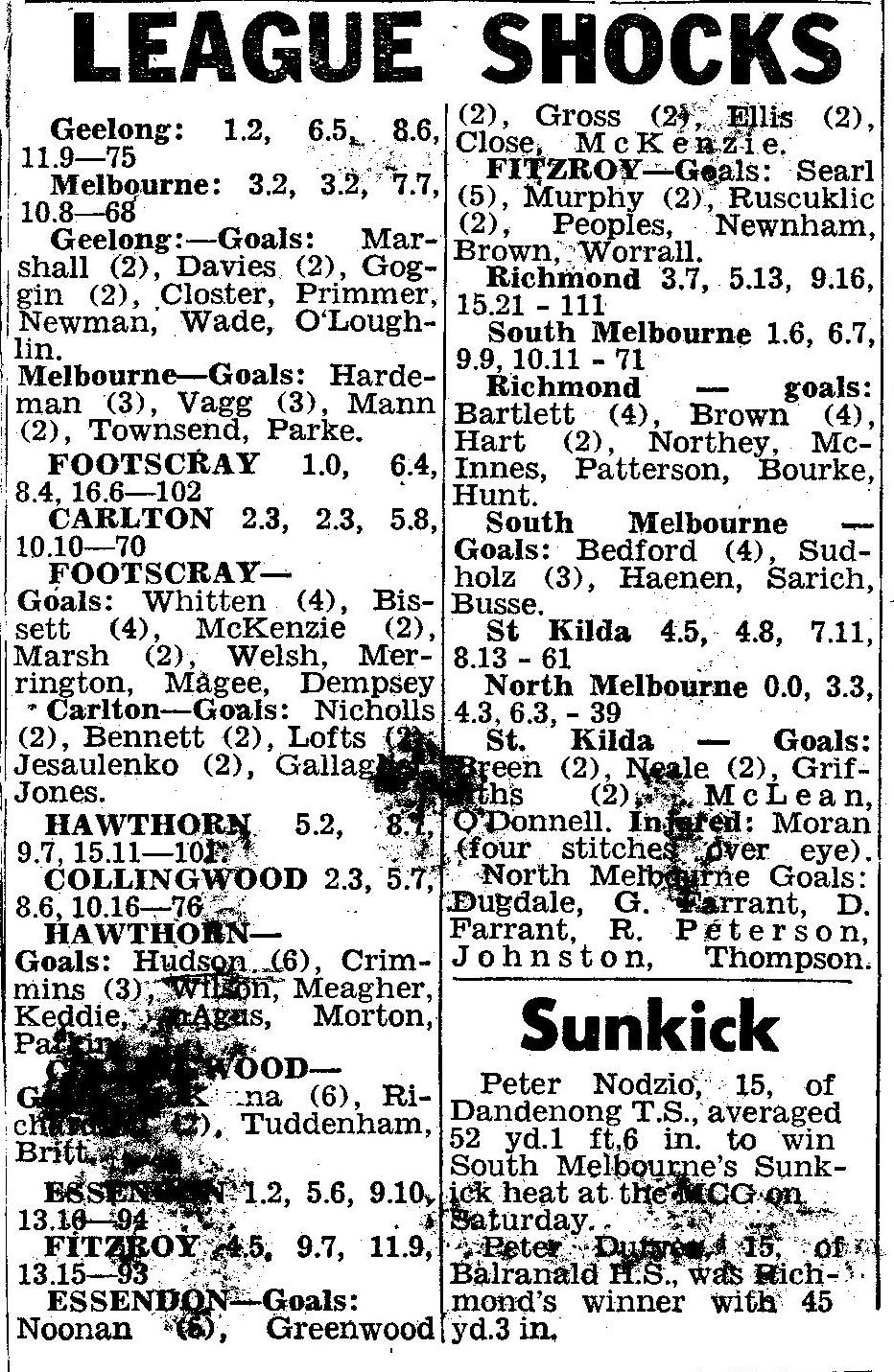 Carlton received a real hiding and a football lesson in their worst defeat for the season at the hands of lowly Footscray, the team they beat by 12 goals earlier in the season.

They had only 3 good players in a team which failed to make use of a strong wind and played negative football against it. Barassi was the main culprit – his handball is getting out of hand!