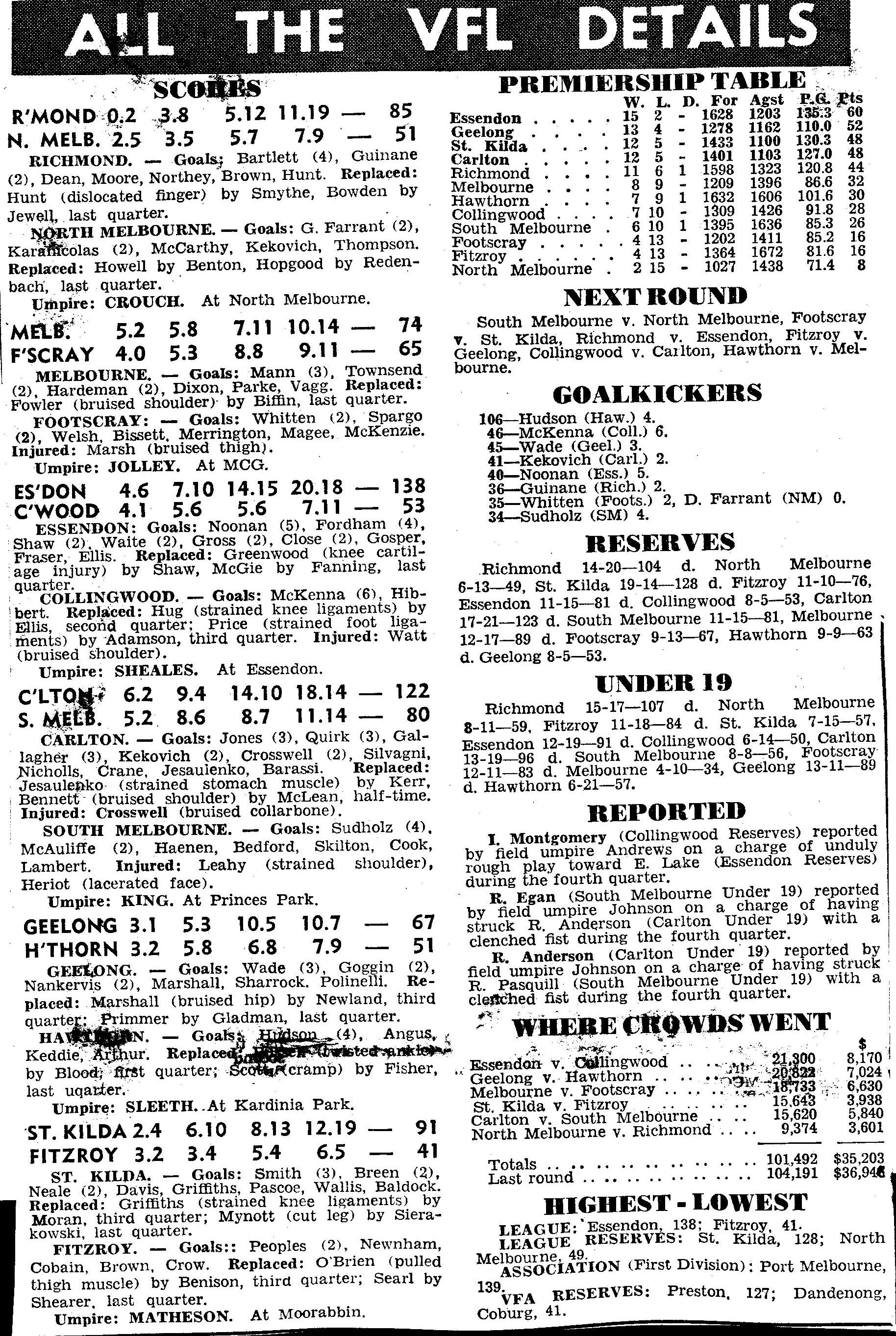 Barassi won the toss and elected to kick with the aid of a strong wind blowing straight down the ground. He took up his position on the half back flank as opposed to his arch rival, Eric Sarich, sat back and watched his team bang on 4 goals in 10 minutes. South answered with 3 goals to Sudholz. Barassi and Sarich clashed continually after 4 Blues had roughed up the South forward early in the game. After a blistering start by Carlton, South fought back well into the wind to be only 1 goal down at 1/34 time. 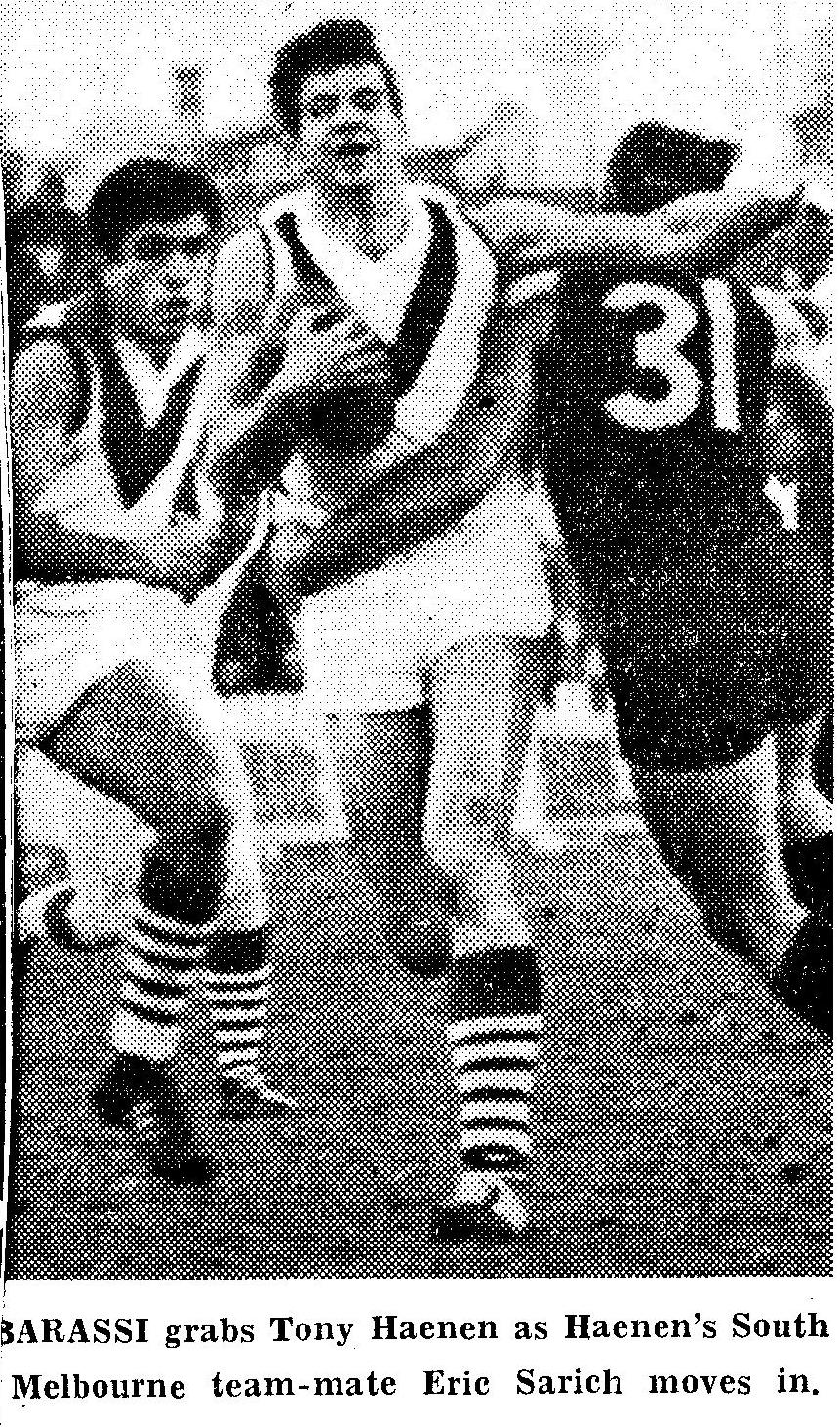 South attached with the wind in the second quarter and but for inaccuracy could have held the edge at half time. Carlton appeared to be playing better and their strength was beginning to tell. They held a 4 point lead at half time.

Carlton resumed the third quarter without Jesaulenko and Bennett but this did not deter them in any way. They held South to 1 point for the quarter and slammed on 5-6 themselves. But for bad misses they could have kicked 8 or 9 goals for the quarter!

The most pleasing part of the game was the return to form of Ron Barassi, John Nicholls’ power in the ruck and the dashing return of the brilliant John Goold. They suffered 2 hard setbacks in that Jesaulenko had torn a stomach muscle after being stood on and star recruit Brent Crosswell broke his collarbone.

Carlton’s best players were Garry Crane, a consistent kick winner on the wind, Quirk with 3 goals, Goold, Nicholls, Collins, Gallagher and Barassi. Barassi was very useful throughout although not the Barassi of old. He answered his critics with clever play, his handball resulted in goals. His long goal against the wind in the last quarter left the crows speechless. If he can hold that form he must be in the side for the Blues to win the flag!

South’s best were Lambert on the wing, Mathews, Skilton, Bedford who shows great promise and Cook.

Carlton got back to the winning list after three losses in a row by downing South Melbourne, but star recruit Brent Crosswell suffered a broken collarbone. - Football Life.