Carlton came from four goals down at half time to kick 12.5 to Essendon's 1.3 in the last half and finished with their best ever total of 17.9 at VFL Park. The ground was in magnificent condition and was in marked contrast to several other venues which suffered badly through the heavy rain of Friday and Saturday morning. It was the Blues 12th consecutive win over the Bombers, who could only manage 10.7 - their lowest against Carlton since 1969. - Football Record. 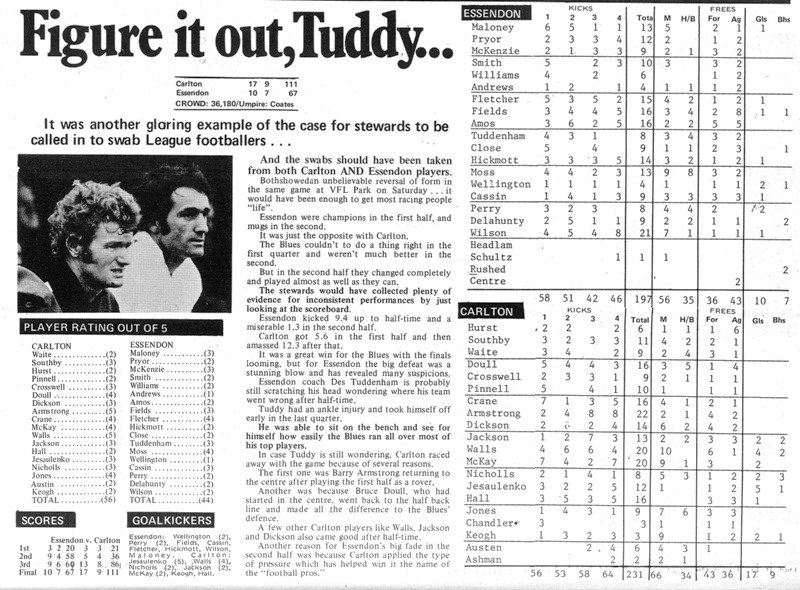