In a game where the double chance was up for grabs the Blues got to within 2 points during the last term thanks largely to David Rhys-Jones' move into the forward line but Hawthorn were too strong.

Warren Ralph booted 11 goals in the Reserves clash earlier in the day.

I doubt if I have seen such an intense tactical battle as that between Carlton coach David Parkin and Hawthorn coach Allan Jeans on Saturday. There were more moves than you would see in a dozen chess matches, with Jeans just shading the opposition. I lost count of the moves, some orthodox and some wonderfully inventive. Take for example, the playing of Leigh Matthews from the interchange bench. Or the switch of Dermott Brereton to defence. Parkin switched his players around just as Jeans did and almost came up with a match-winner in moving David Rhys-Jones to the forward pocket. - Jim Main Inside Football. 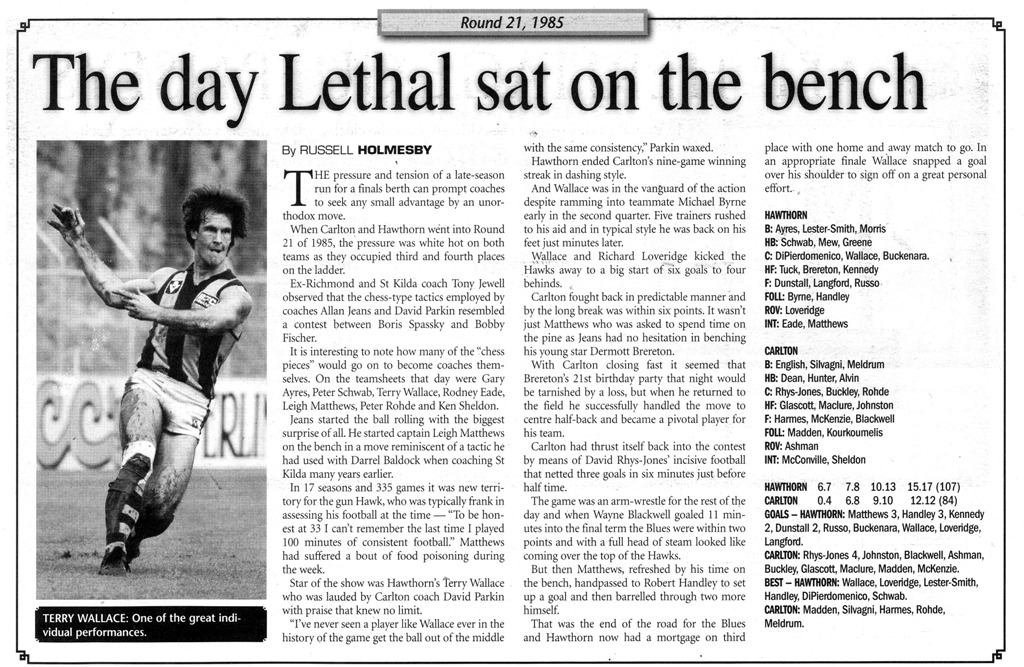