The Blues storm home in the second half to beat St Kilda by 6 goals at Waverley.

A massive third quarter turnaround by the Blues led to this 35-point victory. Carlton started slowly, and early on looked outclassed. However, during the second quarter we began to hold our own and got our hands on the ball more often. Nonetheless, no-one expected the Blues to go into overdrive in the third quarter, when we slammed on 11 goals to totally demoralise the Saints and their supporters.

Jon Dorotich was a key player when he was moved forward in the third, kicking 3 goals. So too was Fraser Brown, who showed that he had the ability to be a valuable long-term player for the Blues. It was a very Wayne Johnston-like performance.

This game was played at the same time as the 1992 Olympic Games, which was a shame - because Channel 7 naturally screened the Olympics ahead of the football, so not one TV camera was there to capture Carlton's stunning 11 goal third quarter. You can't even buy this game on video! 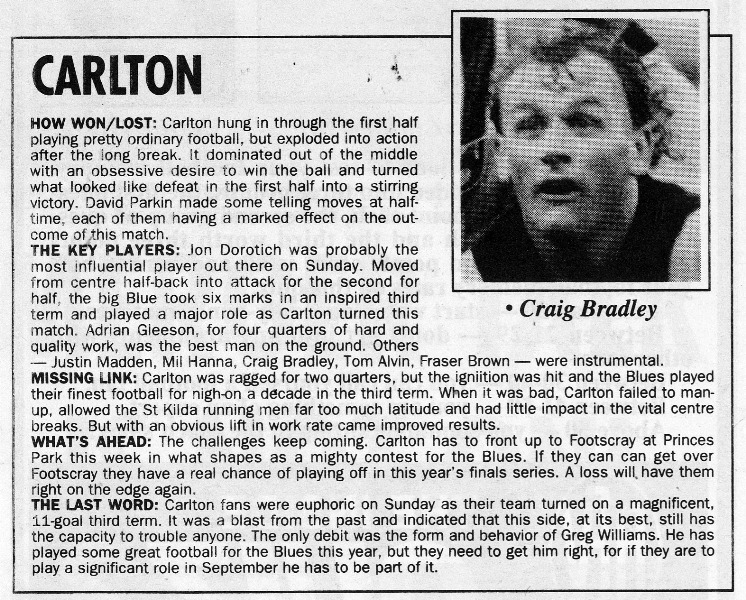