After three straight losses, Carlton bounced back with this comfortable win against Richmond - who needed to win to make the final eight.

This was during a time in footy in which "flooding" was in vogue. At one stage during this game, Richmond turned the ball over just forward of the wing with a wayward kick which was marked by Simon Beaumont - who looked up to see no-one from either side ahead of him. So he charged off in a bouncing solo run, and slotted an unforgettable goal. 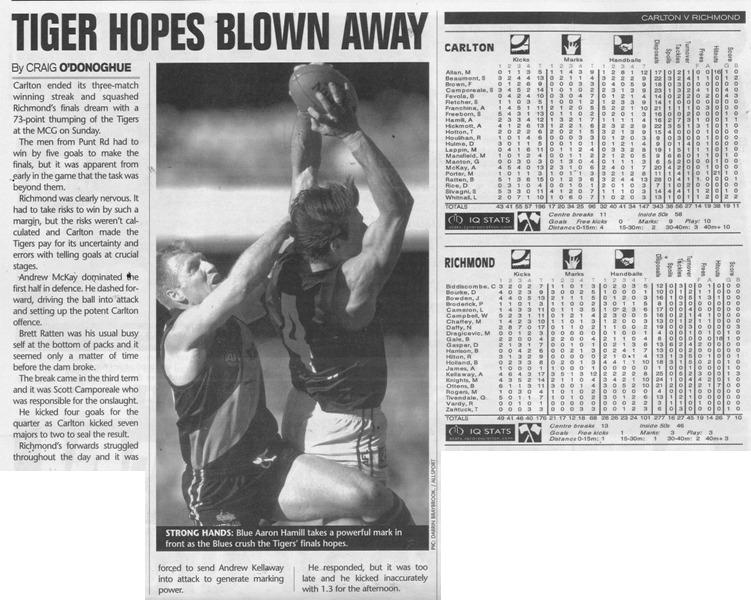