For the second week running Lance Whitnall kicked 5 goals, but Collingwood thrashed Carlton by 73 points at the MCG. 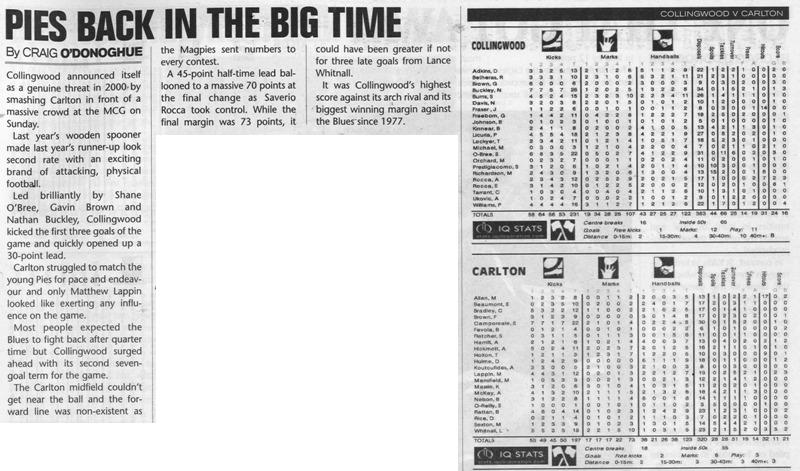 At the start of the 2000 season most Carlton supporters would have pencilled this game as a win against the 1999 wooden spooners Collingwood. However the Pies thrashed the Blues at this MCG blockbuster.

The signs were ominous early with Collingwood booting a few early goals. Carlton pegged them back but then Collingwood kicked the last 3 for the quarter and never looked back. Carlton's midfield were overpowered with Craig Bradley held by the Collingwood pair Adkins and Orchard, whilst the Pies new recruit Shane O'Bree was far too good for Fraser Brown and Brett Ratten.

The Blues would, however, return the favour later on in the year when we crunched the Pies and brought up a scoring record of our own.