Carlton lost to Collingwood by 6 points at Victoria Park.

In ideal playing conditions the home team was too systematic in the first quarter. Their passing and teamwork enabled them to gain a 13 point lead at the first break. After this setback, the Blues equalled Collingwood in all aspects of the game in the remaining quarters. However the first quarter deficit proved just too much to overcome.
The Age;
"In the last quarter their supporters were thrown into a frenzy of jubilation for a moment, when, as a result of a splendid run down the grandstand wing, Wells secured the ball, and, kicking into a bunch of players in front of goal, McDonald snapped the ball, and with a flashing kick put it through the posts as he was tackled. The roar of gratification that went up was in a moment converted into a melody of groans of disappointment, for the umpire Letcher awarded Collingwood a free kick, and the two flags were not raised. That goal would have made the game a draw."

Carlton would suffer their first loss of 1913 at the hands of the ladder-leading Collingwood.

After 4 rounds, Carlton sat in 4th spot with a percentage of 116.0, they were 6 points off the Pies. 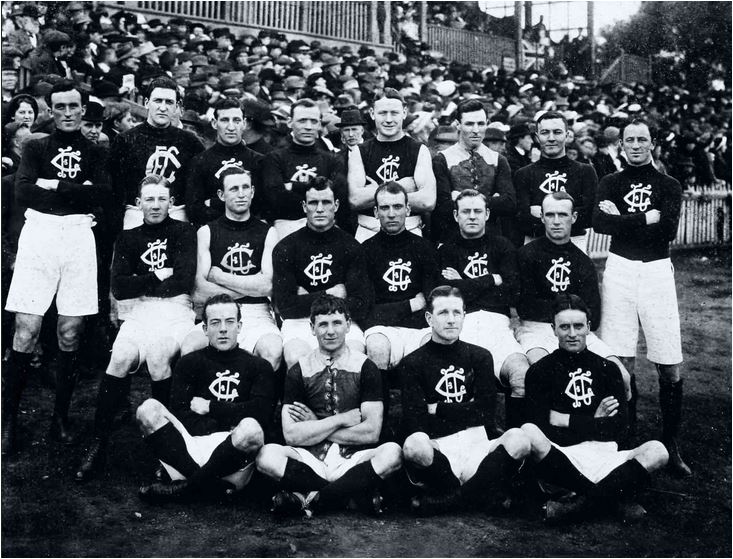 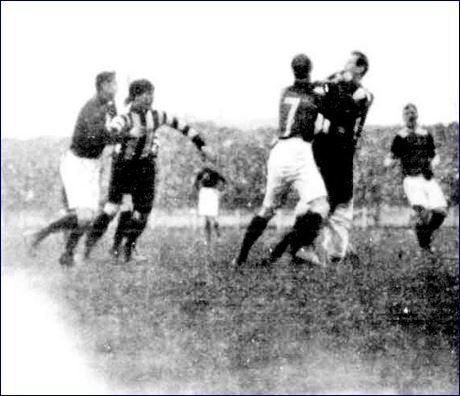 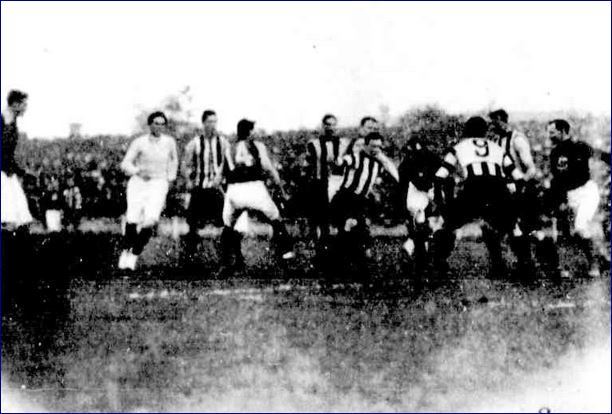