Footscray had started the season well with 3 wins and topped the ladder. The Blues were without the suspended Hands and the injured Mooring from the previous weeks second-half mauling of Richmond.

The Blues were far too good for the Bulldogs however, gradually increasing the lead throughout the the first 3 quarters before seemingly easing down during the last. Ern Henfrey was the architect of most Carlton forays forward.

Carlton with a 3-1 were second on the ladder with a percentage of 142.1 after this match. Only the undefeated Collingwood were looking the Blues possible superior. 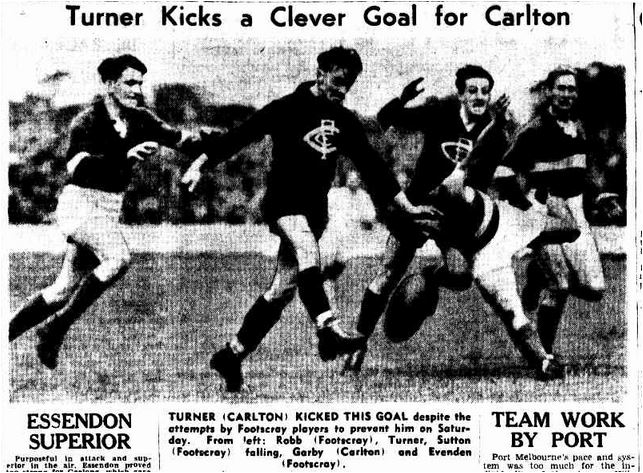