Carlton lost to Richmond by 5 points at Princes Park, and Brent Crosswell was reported on two charges.


Carlton lost this fierce encounter by five points, and was sent tumbling out of the top five. "Tiger" Crosswell was reported on two charges, and subsequently suspended for four matches. But the club appealed against the decision, and he was able to play in round five pending another hearing. Alas, Crosswell's appeal was dismissed, and he was out of the team from round 6 - dealing a blow to the Blues early in a season that was already shaping as an epic contest between Richmond, Carlton, Essendon and St Kilda.

I was proud of the boys - the way they fought it out in the last quarter. When we hit the front in the last term, and held the lead for 10 minutes I thought we had it won, but we didn't make the most of our chances in those final minutes and Richmond did. That was the difference. - John Nicholls. 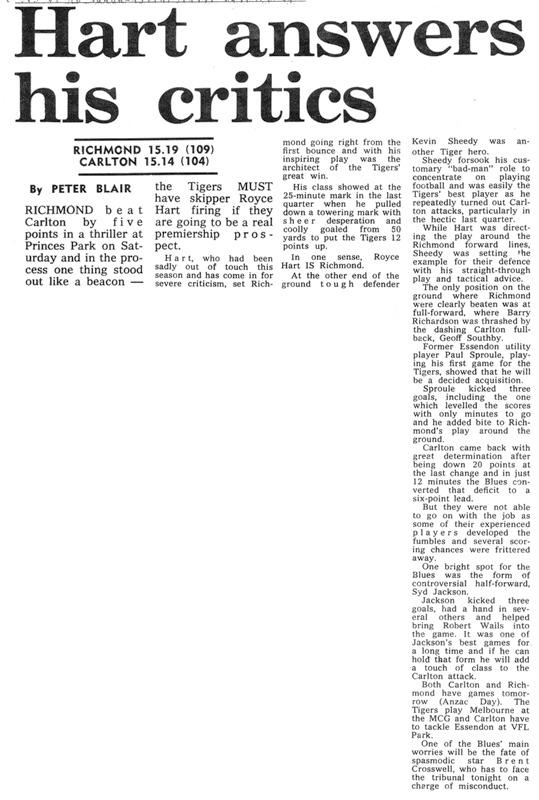 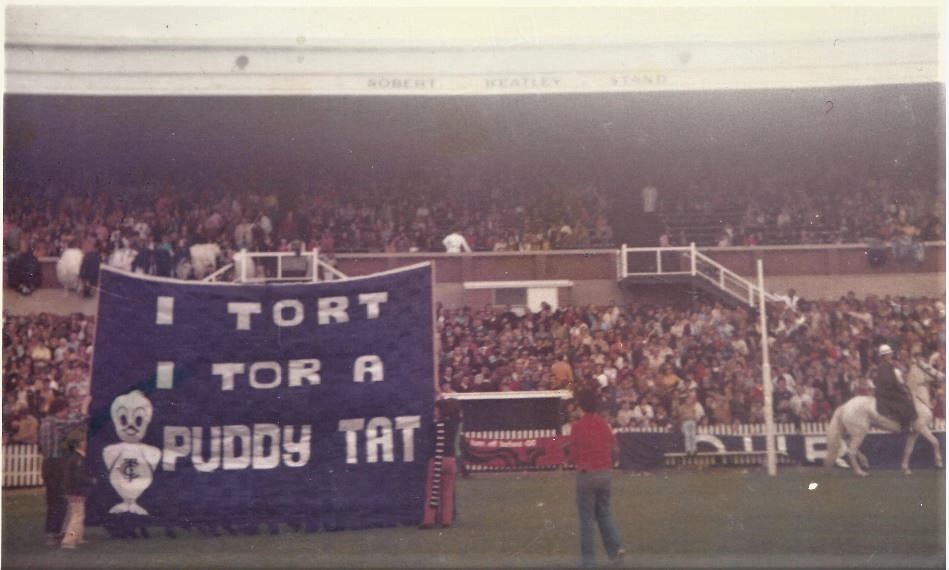 Note: Andrew Lukimitis had changed his name to Lukas from 1971.