The Blues were defeated by eventual grand finallists Collingwood by 50 points.

Playing on a very heavy ground the Woods little men were too quick and the Blues could not counter their teamwork. Winger Laurie Kerr played a lone hand continually driving the ball into attack, only to see the forwards squander their opportunities. Bill Milroy playing at centre half forward marked brilliantly, but the Blues failed to play through him. Ollie Grieve beat the home team's full forward, however Carlton's defence could not stop Collingwood's resting ruckmen being effective on the forward line. 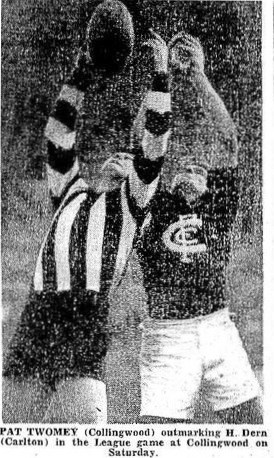