Byran Quirk is going into hospital to have an operation on his cartilage, the Blues hope he will recover in time for the finals. Injured players besides Quirk are Gary Crane, Ian Robertson John Goold and Adrian Gallagher.

After 4 rounds the Blues and the Saints both stood at 3-1. The clash at Moorabbin promised to be a tough engagement for the Blues and so it proved.

Little separated the teams through 3 quarters. The Blues took control in the last term adding 5 goals to 1 to complete a highly-satisfactory victory. 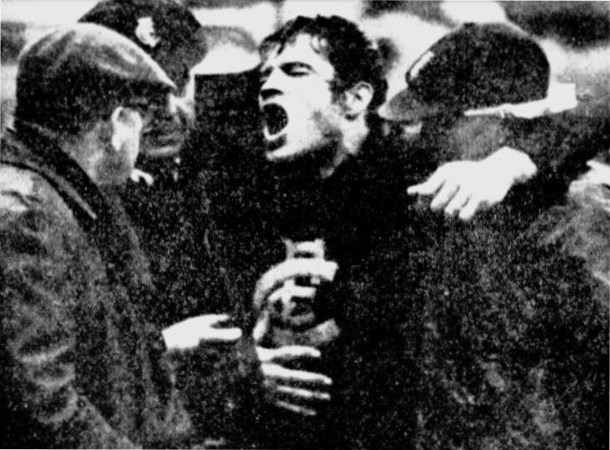 Footscray great, captain-coach and VFL games record holder, Ted Whitten played his 321st and last game. He was cheered off the ground with the Doggies having a thrilling 3 point victory over Hawthorn at the Western Oval.
Round 4 | Round 6