Another big win for the Blues - by nine goals over North Melbourne at Princes Park. 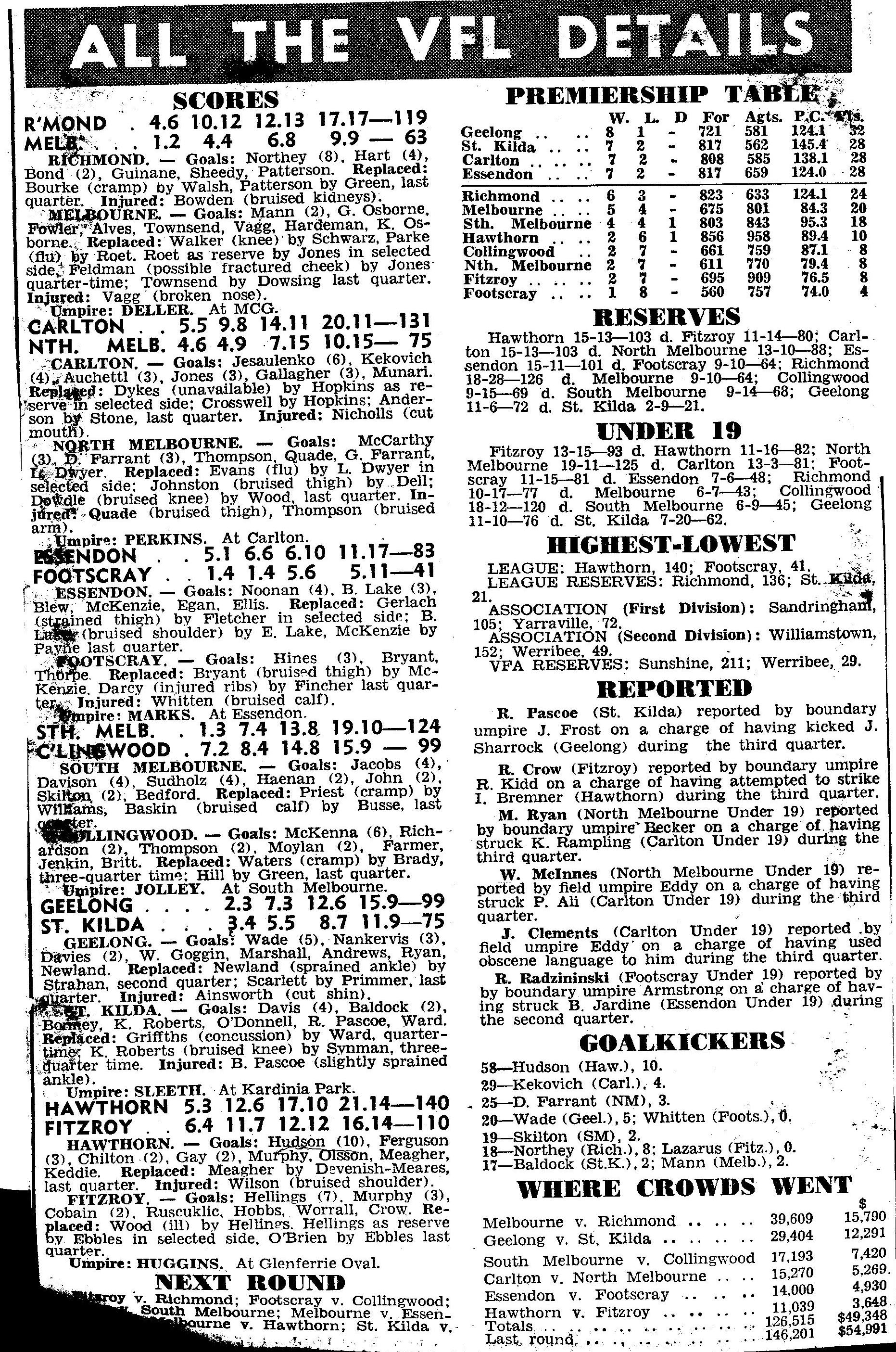 Carlton slipped into top gear in the second quarter. With Nicholls and Silvagni winning well in the rucks and Auchettl and Gallagher driving the ball down-field, they raced away with the game. North did not quite know what to do with the ball when they got it. They could manage only 3 points to Carlton’s 4-4 for the quarter.

Barassi shifted Kekovich to a forward flank 10 minutes into the third quarter in an effort to get him going. The brilliant Jesaulenko went to Full Forward and both ran riot. They kicked 3 and 2 goals respectively for the quarter and took the North defence apart.

Carlton with greater marking, better kicking to position and a brilliant forward line to control the game to lead by 39 points at ¾ time.

Carlton went on in the last quarter to kick 6 goals to 3 and Jesaulenko who kicked 2 for the quarter beat his 4th opponent for the day.

Umpire Perkins was not very consistent and had both players and spectators confused with his decisions. The standard of umpiring has been anything but good so far this year!