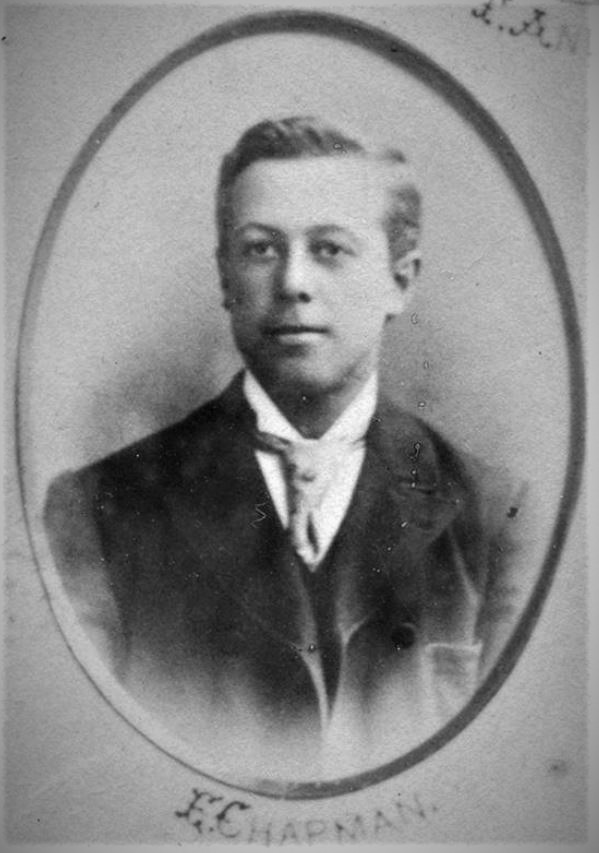 Christened Etienne Samuel Chapman soon after his birth in Melbourne in 1876, Sam Chapman grew into a strapping youngster who showed potential as a top-line footballer during his education at Scotch College. On leaving school, he played briefly with three other VFA clubs – Fitzroy, St Kilda and South Melbourne, before joining Carlton in 1897, the foundation year of the VFL.

Chapman’s senior debut came in our second-ever VFL match; against South Melbourne at the Lake Oval. Sam played as a follower, and like most of his team-mates, put in a spirited effort. Trailing by 25 points at the last break, the Blues came charging home, but ran out of time and the Bloods held on to win by just 4 points.

Thereafter, Chapman played almost exclusively forward. His most productive match came in round 6, 1897, when he steered through four goals in a hard-fought 11-point victory over St Kilda at the Junction Oval. Although Carlton tasted victory just once more in that landmark season (also against the Saints, in round 13) Chapman had been solid and consistent, and seemed headed for a lengthy career.

But after a promising start to his second season in 1898, Sam’s form tailed off, and he lost his place in the senior side after round 9. He fought his way back after a month, only to be on the end of a 64-point hiding by Essendon in round 15. That humiliating defeat marked the end of more than one player’s career at Carlton, including Sam Chapman.

He departed Princes Park at the end of the year, and his subsequent exploits are unknown – apart from the fact that he eventually returned to the field in the VFL as a goal umpire.