Carlton were the better side during the first half of the game, and managed to lead by 23 points at half-time despite both problems having trouble converting opportunities into goals. Four goals in the third term to Dick Lee got Collingwood back into the contest and gave Blues supporters a scare.

The Blues defence tightened up in the last quarter, only allowing the Magpies two scoring shots, and extended the lead of 4 points at the last break to run out 13 point winners.
Horrie Clover (twisted foot) was injured late in the final quarter during the game and forced to miss the Preliminary Final against Richmond.

The Weekly Judge in Perth, October 07 p05;
"Last Saturday was the 64th meeting of Carlton and Collingwood, and it is interesting to note that each had previously won 31 games, whilst one ended in a draw.
An evenly matched pair, indeed!"
So the Blues are now one ahead, 32 wins, 31 losses, and a draw. 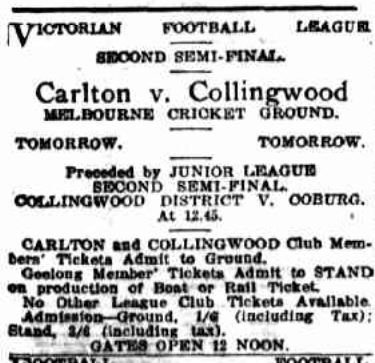 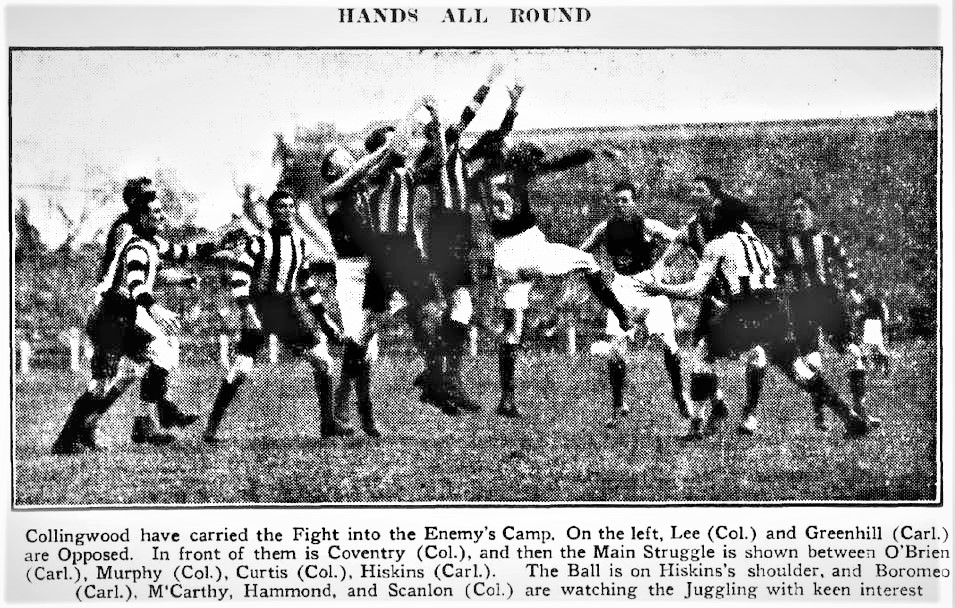