Carlton defeated Essendon by 36 points at the MCG 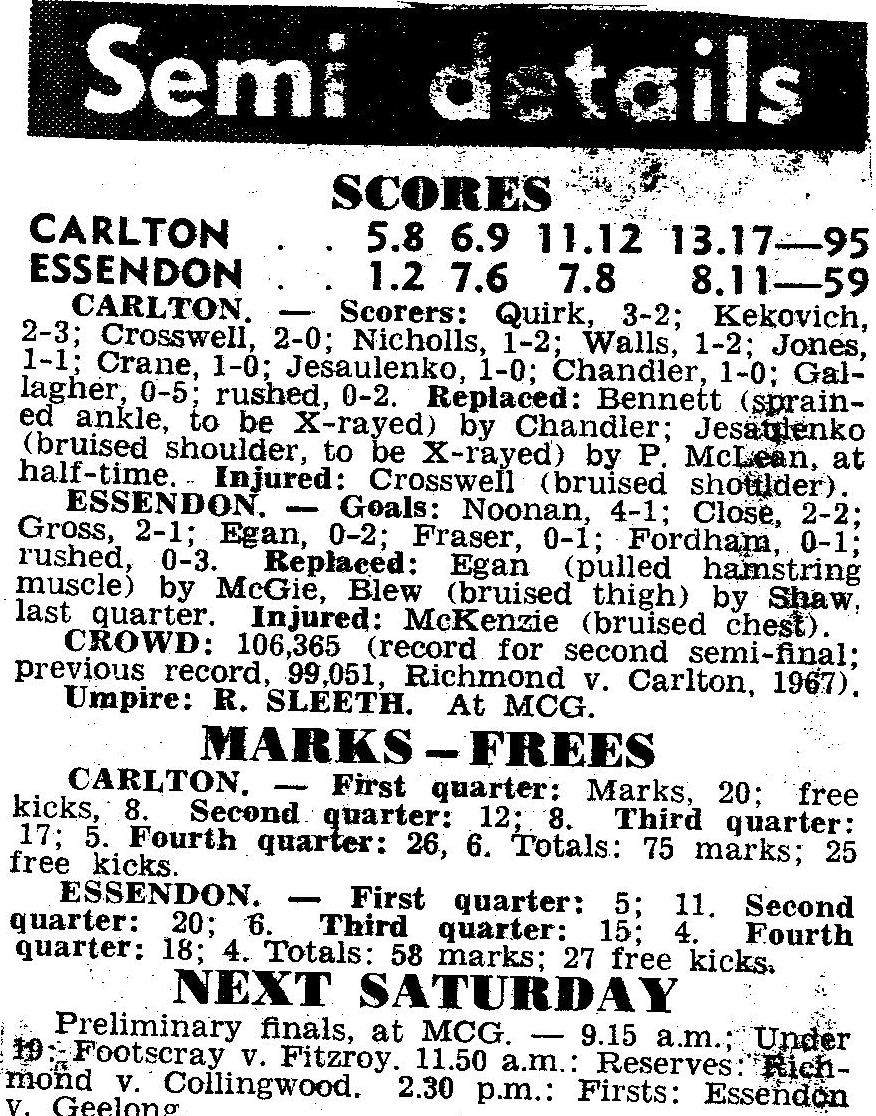 Carlton settled down earlier and a great snap goal by Garry Crane started them off. Kekovich collected Jesaulenko...BANG!!!..as they both went for a mark. It was bad luck for Jezza but it showed that Carlton did not lack determination. A fine sporting gesture by Barry Davis who was very concerned about Jesaulenko and it was he who waved the Carlton trainers.

Big John was rucking tremendously; his long handpasses allowed the brilliant Quirk in for 2 goals in the 1st quarter. Serge Silvagni was playing the loose man across the centre and was a real winner.

Kevin Hall dispelled any doubts on his fitness by playing in packs for marks and kicking the ball hard and long. Wes Lofts was using his weight freely but fairly. John Goold, some of his turns were breath-taking; he certainly loves the big crowds.

Barry Davis, after a slow start, had the better of Quirk in the second quarter and led the Dons to a great comeback. Essendon added 6 goals in the second quarter in a miraculous recovery. Robin Close was coming into the game and Ellis had opened his account in the centre. Both teams deserved the thunderous applause at the 1/2 time interval. It was entertainment in the champage class.

The Blues resumed with Jesaulenko or Bennett, but a quick goal by Jones put them back in the fight. Walls, now at Centre Half Forward, snapped a miraculous goal. Kekovich playing intelligently tapped the ball to Quirk and the brilliant half-forward kicked his 3rd. Crosswell snapped their 4th for the quarter after receiving the ball in the goal square. Nicholls calmly marked in the goal square and booted the Blues' 5th for the quarter against 2 points by Essendon.

The Blues defence, led brilliantly by Goold, held Essendon to 1 goal in the last quarter and helped to add 2 more to their tally. Summing up, Carlton - led brilliantly by John Nicholls in the ruck, a fiercer determination to win the ball, an attacking half-back line and a brilliant forward in Quirk, beat their Dons at their own game.

Best players for Carlton were Nicholls in the ruck, Goold across half back, Quirk, Silvagni, Jones and Gallagher. For Essendon they wre Close, Williams, McKenzie, Noonan and Davis. 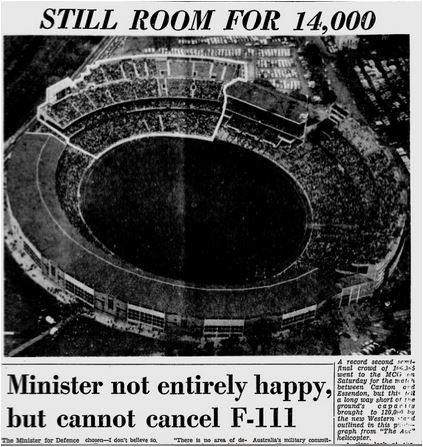 Interesting fact: This 6 goal win commenced a glorious run of 13 wins against the Bombers over nearly 6 years, ending in Round 10, 1974.