Carlton destroyed North Melbourne by 38 points at VFL Park - all over by 3/4 time... 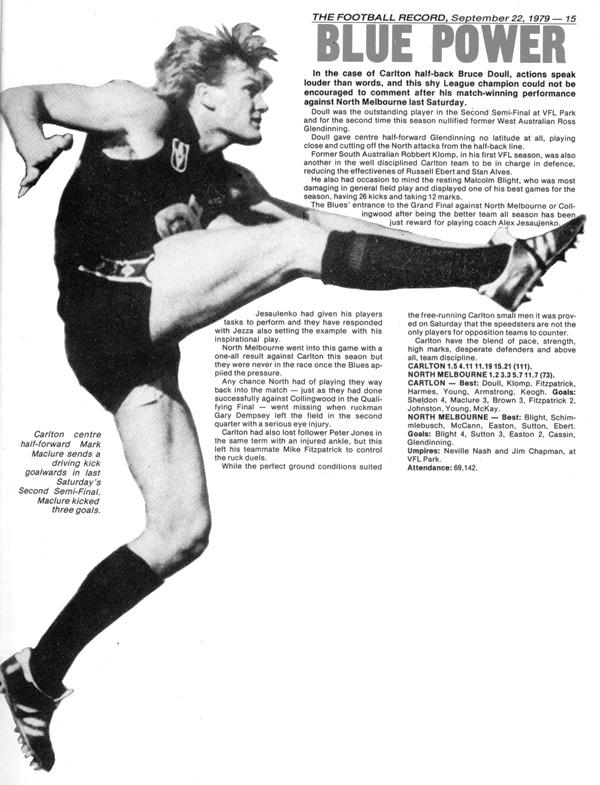 Whilst North had been impressive in defeating Collingwood the week before, the amount of injuries had finally caught up with them. They were also an ageing team, and Carlton's clear victory, in hindsight, was not so unexpected (Yes, North were favourites!!).

Carlton controlled the first half but inaccurate kicking for goal saw the margin ar half time flatter North Melbourne. However kicking to the southern or freeway end of VFL Park Waverley, Carlton exploded in the third quarter with a run of unanswered goals to put the issue beyond doubt by three quarter time. 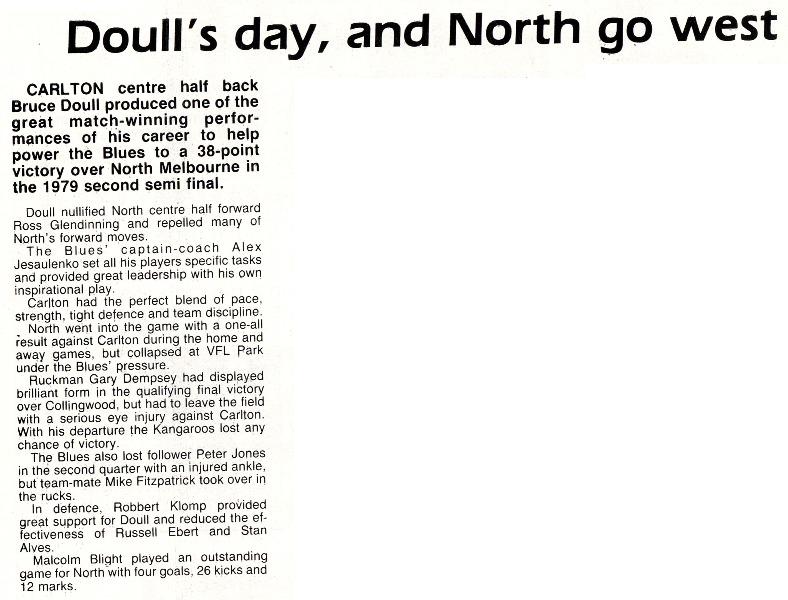