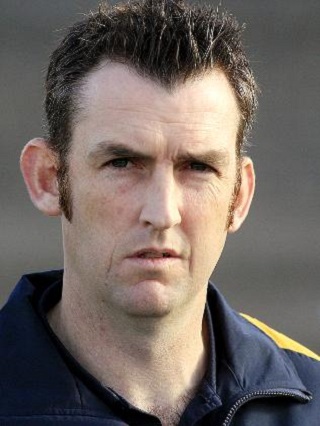 A coach with a wealth of experience, Shane Watson was recruited by Carlton in September 2015 to work with the Blues’ forwards as an assistant coach under Brendon Bolton.

Originally from Montmorency, Watson played 141 games for Collingwood between 1992 and 2000. A true utility, he seemed more comfortable in defence, but his aerial skills also made him a dangerous proposition up forward. He had an outstanding season in 1993, representing Victoria in that year’s State of Origin Carnival, and finishing runner-up in Collingwood’s Best and Fairest.

After leaving Collingwood, Watson crossed to the VFL and signed with Carlton’s affiliate club, the Northern Bullants. He won the Ants’ Best and Fairest in 2003, before retiring from the field twelve months later. In 2005 he began his coaching career with Diamond Valley Football League club Lower Plenty, and in 2006 he went to TAC Cup side Sandringham as an assistant. A year later he moved on to become senior coach of the Eastern Ranges.

After three seasons with the Ranges, in 2010 he was recruited by North Melbourne as an assistant to senior coach Brad Scott, and given the responsibility of mentoring the Shinboners’ defenders. After five seasons at Arden Street he was out of contract and ready for a change when Carlton lured him to Princes Park.