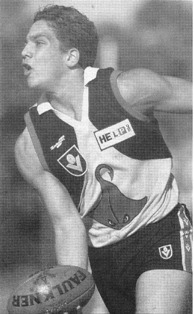 Sheldon Fredricks played reserve grade football for Carlton in 2001. After being delisted, Fredricks headed to VFL club the Northern Bullants for the 2002 season.

Fredericks lined up for rival VFL team Springvale for the 2003 season.