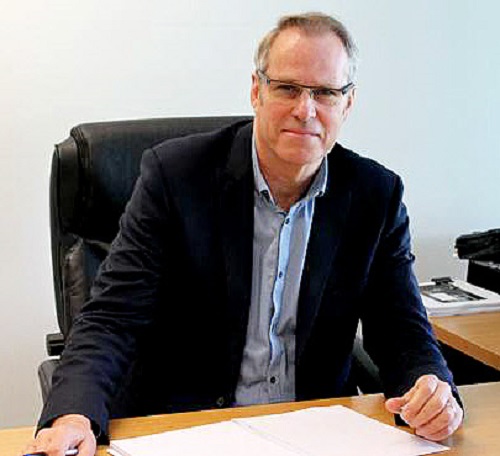 A South Australian with a diverse sporting and business background, Steven Trigg took over from Greg Swann as Chief Executive Officer of the Carlton Football Club in July, 2014.

Before joining the Navy Blues, Trigg had held the post of CEO with the Adelaide Crows for 13 years. During that time - in 2012 - he made headlines when he was suspended from his position and fined heavily by the AFL for attempting to circumvent National Draft rules. However, despite that smudge on his reputation, Carlton believed that Trigg was the outstanding candidate to replace Swann, and to support incoming President Mark LoGuidice.

Between 1980 and 1987, Trigg played 129 SANFL games for Central Districts and North Adelaide. A skilful and free-running wingman, he was also a senior schoolmaster at St Peter’s College from 1985 to 1990. In 1991 he accepted the role of senior coach at Sturt Football Club, alongside his new position as Human Resources and Administration Manager at Lloyd Helicopters.

By then Trigg was becoming ever-more heavily involved in the media, working as an ABC presenter from 1991-2001, an Adelaide Advertiser sports writer from 1993 to 1996, and as a segment host of the Channel Nine home improvement program Building Ideas from 1996 to 1998. In 1997, he was appointed Membership and Communications Manager at Adelaide Football Club, before being appointed CEO on December 3, 2001.

During Trigg’s time at Adelaide, the Crows were regular finalists, although the ultimate prize of a Premiership eluded them. Off-field, the club built a new training and administration facility at West Lakes, established a Reserves team in the SANFL, and completed a brilliantly-successful relocation to the Adelaide Oval. Then in 2012, a scandal erupted over the future of one of their brightest young stars; ruckman-forward Kurt Tippett.

Tippett had requested a transfer from Adelaide, but the club was intent on keeping him. In desperation, the Crows promised Kurt that they would clear him to the club of his choice - if he signed one more contract. Furthermore, they put the offer in writing, signed by Trigg. When that letter came to light, the AFL was outraged and the Commission launched an investigation. Quite quickly the charges were proven, so the Crows were fined $300,000 and barred from the opening two rounds of the 2012 National Draft. Tippett, who by then had joined the Sydney Swans, was fined $50,000 and banned for 11 games. Trigg pleaded guilty to his part in the affair and was fined $50,000, as well as being suspended from his position for six months.

Although the smoke eventually cleared after those upheavals, and Trigg returned to his office, many relationships at the Crows could never be the same again. In 2013 Trigg was influential in luring Carlton’s brilliant small forward Eddie Betts to Adelaide, but 12 months later when Greg Swann told Carlton he wanted out, Trigg’s name immediately went into the frame. Sure enough, after an intensive eight-week recruitment process by the Carlton board, he was anointed as the man to lead the Blues out of 20 seasons in the doldrums.