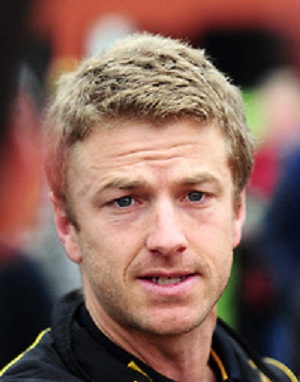 Tim Clarke joined Carlton in September 2015 after spending four of the previous five seasons on the coaching staff at Richmond. Appointed as the Blues’ midfield coach for 2016, Clarke brings with him almost two decades of elite-level experience.

Tim’s father David Clarke played a total of 211 games for Geelong and Carlton in a decorated career between 1971 and 1981. Tim grew into an outstanding junior footballer at Geelong College, and could have followed in his father’s footsteps and joined Geelong under the father-son rule had he wished. However, he decided to make his own way when the time came. A slender wingman or flanker with pace and exceptional endurance, he was drafted by Hawthorn and gave the Hawks excellent service in a 96-game career from 2001 to 2008.

When Hawthorn delisted him, Clarke joined Richmond as a development coach. He took a year off to travel overseas in 2012, then returned to Punt Road as senior coach of Richmond’s VFL affiliate, the Coburg Tigers. Richmond opted to field a stand-alone team in the competition in 2015, and Clarke became its inaugural coach.

Clarke Departs
Carlton Football Club would like to thank Tim Clarke for his contribution to the football department, with the midfield coach set to depart Ikon Park after three seasons. Arriving at the Blues with senior coach Brendon Bolton at the end of 2015, Clarke has worked with the Club’s young midfield group over the past three years. Prior to Carlton, Clarke worked at the Richmond Football Club as a development coach in 2010-2011, 2013 before being appointed their inaugural VFL coach in 2014. Senior coach Brendon Bolton thanked Clarke for his services to the Carlton Football Club. “Tim has been instrumental in the first stages of our journey across a new football program at our Club, particularly driving the standards with our young midfield brigade over the past three seasons,” Bolton said. “He is a person of high integrity and character, and boasts a terrific work ethic and our players have benefited strongly from his guidance and investment. “We thank Tim, his wife Bec and son Zach for their contribution to our club over the past three years and wish them well for their future endeavours." - Carlton Media.

Tim Clarke was appointed as a Development Coach for the 2019 season with the Gold Coast Suns.