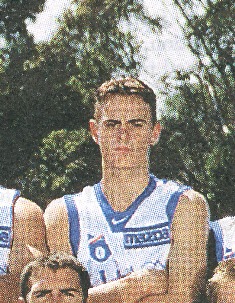 Tim Van Der Klooster played reserve grade football for Carlton in 1998. Van Der Klooster was taken by North Melbourne in the 1998 National Draft at pick No.62. He played reserves football for the Kangas in 1999. At the end of his tenure with the Kangas he headed back to Geelong Amateurs where he was runner in the Bellarine Best & Fairest (Les Ash Medal) in 2003. He also later played for Goulburn Valley League club Mansfield under the coaching of ex Collingwood premiership defender Craig kelly.