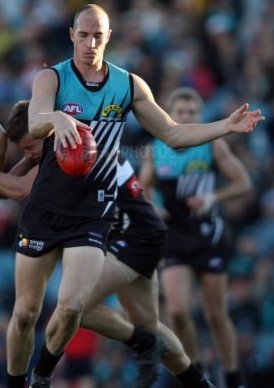 Toby Thurstans played reserve grade football for Carlton in 1998. Thurstans was also used as a top-up player for Collingwood reserves in 1998.

Thurstans was drafted at selection 39 in the 1998 National AFL Draft. He couldn't get a game and played in the SANFL for Sturt until his debut for Port in Round 1, 2003 v West Coast Eagles at Subiaco. Toby won Port's best first year player award for season 2003. The following season he played all 25 games, kicked 28 goals, played in the 2004 Grand Final and was one of three players to kick three or more goals in Port's 40 point Grand Final win over the Brisbane Lions.

Thurstans announced his retirement from Port Adelaide Power on Thursday 3rd September 2009, after playing 110 games for the club since his debut in 2003. Toby retires as a Life Member of the Port Adelaide Football Club, citing his decision to retire had been coming for a while, despite some good form throughout the 2009 season.