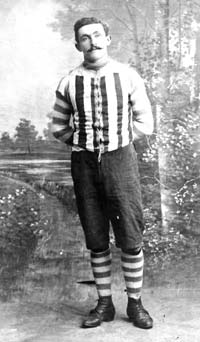 Thomas Fox came to Carlton from Ballarat Imperials at the dawn of the Jack Worrall era in 1902. In the third round of the season, on the 17th of May that year, Tom ran out onto a sparse paddock (later to be named the Junction Oval) to play his first game for the Carlton Football Club against St Kilda.

Three other young men also made their debut for the Blues that day; Paddy Leahy, Charlie Tough and Chris Ryan. All four no doubt played their part in a battling eight point victory by the Blues – a memorable win because it ended a dismal run of 14 straight losses.

Worrall’s team turned the corner at last that autumn afternoon, but it would still be a long haul to triple Premiership glory in 1906, ’07 and ’08. And Fox’s contribution to the rebirth of the Blues lasted just the one season. After 10 games in which he kicked seven goals, Tom disappeared from club records. During the end of the season, Tom considered moving to Western Australia to follow the Gold. In a bid to keep him in Melbourne, the Club secured him a job as a journalist with the Melbourne Age, an offer he declined, giving his brother the opportunity instead. 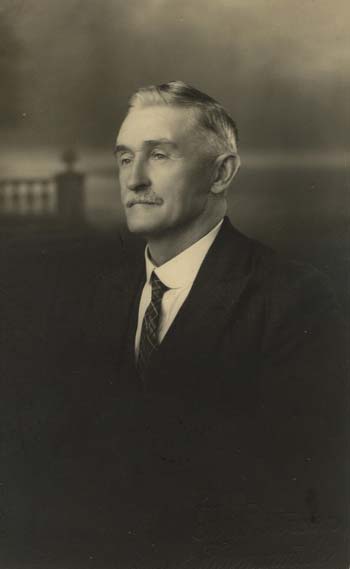 Tom moved west to Kalgoorlie with a friend Joe Bourke, and worked on various mines from Davyhurst to Boulder. He returned to Victoria to marry in 1908 and brought his bride back to the Western Australian Goldfields. During his time in the Kalgoorlie area he became involved in the Miners’ Union and the Union movement.

Whilst in the Goldfields he continued his interest in Football and played for the Kalgoorlie Miners Football Team. His playing career ended following a mine cave that damaged his legs. He left Boulder in late 1918 and found work in Fremantle on the wharf as a “Lumper” – a waterside worker. His interest in the union movement continued and he became Secretary of the Lumpers’ Union – the Waterside Workers Union – in 1927.

His time with the Union covered the darkest days of the Great Depression, and during significant action for changes to working conditions. He was a feared adversary, orator and champion of the worker. His football skills must have come in handy, for while sitting in his Union office, a Russian gentleman entered and threatened him with a cocked and loaded handgun. Fox executed a flying football tackle, knocking the hand gun from the assailant’s hand.

Tom Fox’s work with the union ended in 1935 when he was elected to the Western Australian Legislative Assembly representing South Fremantle. He continued to champion the worker, workers families and introduced initiatives such as the Marketing of Onions Act – whereby onion crops were marketed under the direction of a Board, providing growers with better opportunities.

Tom died in April 1951 whilst still in office.