1915 February 15
The Australasian's cricket writer "Felix" (p21) wrote;
"Death has removed a member of the well-known trio, the brothers Robertson. Val Robertson was talking to J. Miller in Collins street last week, and within four days he was dead and buried. J. Miller said to him, 'My brother, the professor, was injured in London, through collision between his motor car and another, he had four stitches put in a wound in his head.' Val said, 'He's not 70 yet, and the stitches won't hurt him; I'm 62, and feel good for a long time yet.'
He was a man of fine physique, but it seems he was not up to his old form for a month or so. He was a great supporter of cricket and football especially in the old Carlton days. A genial, hearty man was Val, and his well-known and kindly jovial greeting will be much missed.''

THE COUNT, THE COLONEL, AND THE BOOZER.

A descendant of the Robertson brothers contacted the club with a photo of the Robertson family.
Carlton historian Tony De Bolfo put together this story.
www.carltonfc.com.au/news/2014-05-08/the-count-the-colonel-and-the-boozer 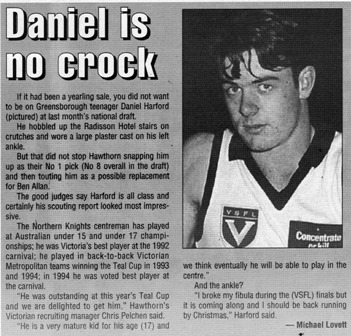