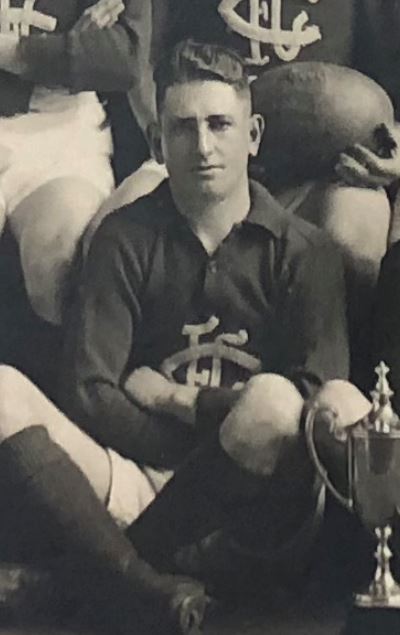 1925 reserves player from Clifton Hill Tramways.
Kicked 4 goals 16th May against Melbourne.
Kicked 2 goals 22nd August against Melbourne and named in best players.
Kicked 2 goals 29th August against Hawthorn.
Named as rover and kicked 2 goals 5th September against Geelong.
Kicked a a goal against Fitzroy on the 12th of September.
Named as rover and kicked a goal against Fitzroy in the preliminary final on 3rd October. Named in best players.