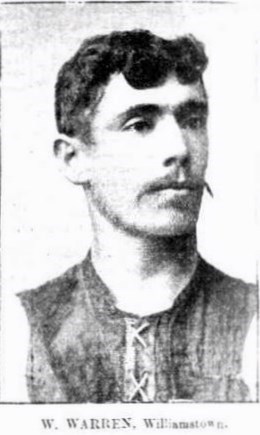 Various reports mention A. Warren/P. Warren/W.Warren
A "warren" of Warrens.
"Origins of Australian Football" Vol 4 has A. Warren recruited from Mooroopna and Brunswick in 1894 and played 1 game that season.

1892 April 30
Warren is named in the 28 man Carlton squad that played the Next 25 in a pre season match on the University C.G.

1894 April 21
A. Warren is named in the 23 man Carlton squad for the pre season match against Brunswick at the University ground.

Origins of Australian Football Vol 4 has W. Warren from Williamstown playing 1 game for the Blues in 1894 and returning to Williamstown on 24 May where he kicked 17 goals in '94. He went on to become captain of Williamstown in 1895 and 1896 kicking 14 and 23 goals.
(Walter Warren?) 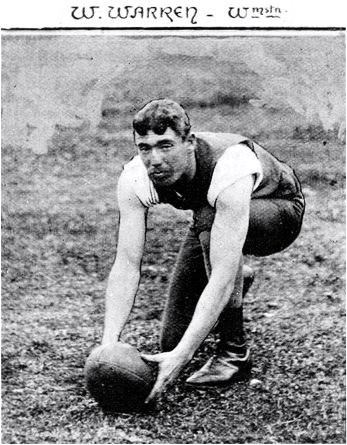