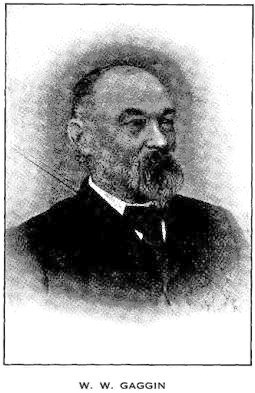 1865 August 26
Gaggin is named in the Carlton 25 man squad to play the Warehousemans Football Club in Princes Park.

1908 August 15
The Age (p16) writing about the 50 years of Australian Football and some of its pioneer players mentions W. W. Gaggin.