This historically-significant photograph of one of the true pioneers of the Carlton Football Club has surfaced after almost 150 years.

The professionally-captured sepia image - as old as Carlton itself - features the resplendent Thomas Peter Power just months shy of his 21st birthday. Tom Power formed part of the inaugural Carlton committee of 1864, was amongst the club’s first group of players to take to the field, and later served with distinction as secretary, treasurer and president.

The photograph pre-dates what was acknowledged as the oldest known photo of an Australian football team - the Carlton team - whose players had gathered beneath the gum trees of Royal Park for the shoot just prior to a match in season 1868. Tom almost certainly appears in this image as well, although none of the members of the team are identified.

The 1864 image, which carries the inscription “Father - T.P. Power”, was found in the scrapbook of Tom’s son James. It was made available to Carlton by Tom’s great great grandson Cameron Power, who had earlier contacted the club on the strength of a Power article he’d viewed on the Carlton website.

Cameron recently saw fit to pen a summary of Tom’s life and contribution to the Carlton Football Club, and it is through his generosity that Tom’s story can now be told.

Thomas Peter Power, the son of an Irish father John Patrick Power and an English mother Jane Hughes, was born in Bristol in 1844. Not long after his birth, Tom’s family relocated to St. Helier on the Bailwick of Jersey, part of the Channel Islands off the coast of Normandy, and it was here that his mother gave birth to two daughters, Marry Ann in 1850 and Catherine in ’52. 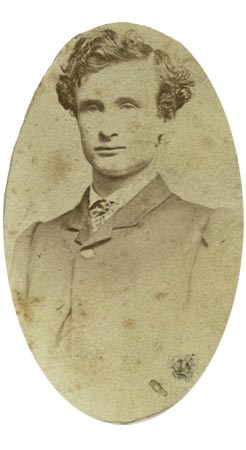 With John’s unexplained disappearance not long after Catherine’s arrival, Australia suddenly beckoned. Jane’s brother Charles and sister Margaret had already made the long voyage to The Great South Land in search of gold, as had Jane’s childhood sweetheart Thomas Samuel Davis.

With her three children in tow, Jane bravely boarded the 840-ton Kohinoor, so-named after a 105-carat diamond discovered in India. Together they decamped the sailing vessel in Melbourne in May 1854.
Soon after their arrival, Tom’s mother Jane was reunited with Davis.

In 1856, Jane bore their first child on the goldfields of Ballarat, but their stay would be brief. When Davis witnessed an horrific mining collapse he resolved to take up duties as a storekeeper and hotelier, and he and Jane oversaw the running of the Harp of Erin Hotel in Madeline Street (formerly Swanston Street) at the top end of Carlton town.

Son Tom was clearly an enterprising being. At 19 and not yet married, he established his own business, “Thomas P. Power Saddler, Ironmonger and Manufacturer”. It was 1863, and within 12 months he would put his administrative capabilities to even greater use in becoming a founding member of the fledgling Carlton Football Club committee, whose members included the likes of “Lanty” O’Brien, Harry Guy, Ben James and the inaugural president Robert McFarland.

Given his tender years, Tom gave of his athletic abilities to the Carlton cause, turning out in blue and orange with a splash of yellow in the team’s first-ever skirmishes with opposition rivals through the mid 1860s, and serving for a period as vice-captain to Harry Chadwick in the ’67 season. In Jack Conway’s absence, Tom actually captained Carlton in a match against Hobson’s Bay Railway Company at Richmond paddock in June 1870, and recorded a kick of 61.5 yards with his trusty boot at the club’s second annual athletic sports day.

It was at this time (1867) that Thomas married Elizabeth Lacey, who four years later gave birth to a daughter, Catherine. Tragically, complications arose and Catherine died just 16 days later, while Elizabeth also succumbed to ill health and died in 1872 - leaving Tom a fatherless widower.

Tom would later exchange vows with Elizabeth Cox, and together they raised nine children.

Though Tom’s best years as a footballer were behind him by 1871, he was as secretary accorded the rare honor of custodian of the Challenge Cup, which Carlton had earned as premier club of the colony.

Tom’s last on-field hurrah came in an old players match involving Melbourne on August 30, 1879. The exhibition game, which curiously ended 1-1, drew an audience of 6000 with £20 raised for the Royal Children’s Hospital.

The role of secretary would occupy Tom’s energies through to 1877 (with only Harry Bell and Ian Collins serving longer), but he would continue in the role of treasurer through to 1879. As treasurer, he oversaw the redevelopment of the Madeline Street Reserve, which was part of the Melbourne University campus, into a ground befitting the Carlton Football Club. Development included leveling, rolling and the addition of a movable picket fence, although by mid-1877 university management saw fit to reclaim to the ground, and after less than 12 months the team was effectively evicted. 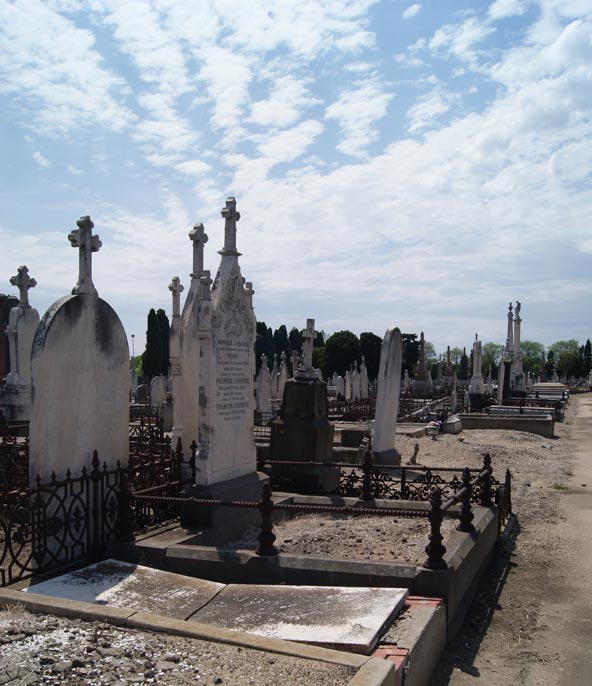 Of course, Tom’s energies were not confined to Carlton alone. He officiated as editor of The Footballer, first published in 1875, which was published annually post-season at a cost of one shilling and edition, and offered readers a comprehensive analysis of the game. In his role as editor, Tom was savvy with the power of the media, and in the lead-up to a match at the Madeline Street Reserve in 1877 he allowed members of the fourth estate priority access. A writer from The Age commented on Tom’s foresight in placing chairs for the press inside the fence, which offered wordsmiths an unimpeded view.

In late 1878, after fielding some of its matches back at Royal Park, Tom and his Carlton cohorts lobbied the Melbourne City Council to access 11 acres at the southern end of Princes Park. Somewhat reluctantly, the council adhered to the club’s push, on the proviso no trees were removed, no fences erected, and no charges for admittance.

Accordingly, Princes Oval, complete with moveable picket fence and 40-feet goalposts, was formally opened on the afternoon of Saturday, May 3, 1879, and would serve as Tom’s enduring legacy.

In 1882, amid a controversy arising from an on-field spat between Carlton’s Champion of the Colony George Coulthard and Hotham’s Joe Tankard, Tom relinquished duties at Carlton and ceased publication of The Footballer.

During the Boer War, Tom’s company supplied saddles to the mounted corps of the Australian contingents, and his own racehorse, Vanity Fair, ran second to The Victory in the 1902 Melbourne Cup.

Sadly, this life well-lived was brought to an untimely end for Thomas Peter Power, who died on November 20, 1904 after succumbing to the ravages of liver cancer. He was buried within walking distance of the old Carlton ground at the Melbourne General Cemetery, together with his second wife Elizabeth and their 20 year-old daughter Blanche, together with infants George (two months) and Bert (14 days).

Today, the Power link with Carlton lives on in Cameron, who recently paid a sentimental journey back to the old ground, and proudly stood beneath the honor board bearing his great great grandfather’s name.