Ernie Angerame wonders if his old enamel swivel chair still takes up space somewhere in a shadowy nook of the old Carlton ground. It’s the only tangible reminder he says of the days when he ably served as “barbiere ufficiale del Carlton Football Club” - that’s Carlton’s official club barber – for more than 20 seasons through the 1950s and ’60s.

“I used to cut the hair of all the players, John Nicholls, Sergio Silvagni and John Benetti . . . ‘Big Nick’ was my best customer,” Ernie recalled recently.

“In those days haircuts cost five shillings, but the Carlton players got their hair cut at no charge. That was because I loved Carlton and I loved the players.”

Could there be anyone more quintessentially Carlton and Lygon Street than Ernesto Angerame? - born in Viggiano, in the province of Basilicata, north-east of Naples in southern Italy, way back in 1920.

Ernie was the fifth of six boys born to Francesco and Agnese Angerame. He followed brothers John, Tony, Vince and Domenico, and preceded another brother Guido.

Though Tony migrated to New Zealand and Guido remained in Italy, John, Vince, Domenico and Ernie all made the long voyage to the Great South Land. Ernie set sail aboard the steamship Remo in 1938 and not long after followed Tony into the hairdressing trade.

In 1948, Ernie opened a barber shop at 330 Lygon Street (now Fellini fashion boutique), situated on the eastern side of the famous strip between Faraday and Grattan Streets. For the next 36 years he cut the crops of countless loyal customers, the most famous being the former Governor-General and local Carlton resident, Sir Zelman Cowan. 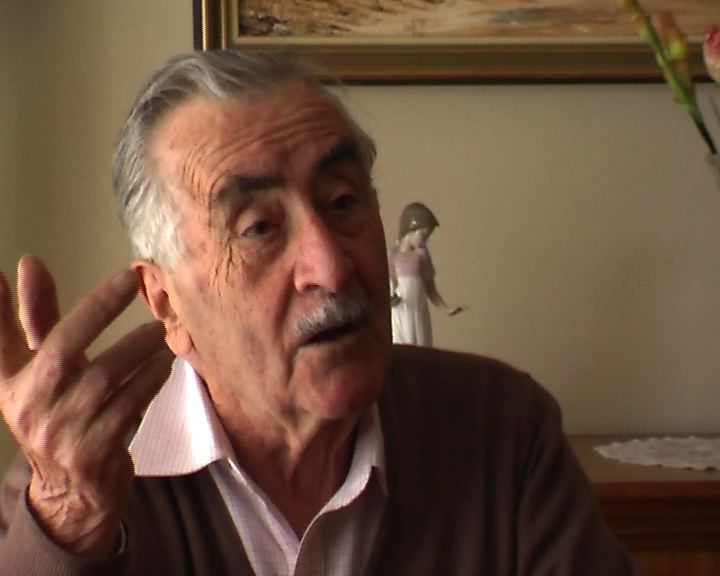 At some point, Ernie was also encouraged to ply his craft at the football club. He didn’t need to be asked twice.

“I used to lock up the shop at Lygon Street at 12 noon on a Saturday and walk down to Princes Park,” Ernie said. “I’d then cut the players’ hair before they ran out, then watch the game from the bottom of the race in front of the Robert Heatley Stand.”

Ernie’s commitment to Carlton and Lygon Street was but a part of the Angerame story. He also served as President of the Cavour Club and as secretary of Juventus in a glory era which yielded the soccer outfit five premierships.

He was later knighted by the Italian Government for his services to the community.

Though his brothers have all since died, 87 year-old Ernie lives comfortably in retirement with his beloved wife of 60 years, Josie, in Melbourne’s northern suburbs.

He says that he looks forward to cutting the hair of the club’s latest John Nicholls Medallist Andrew Carrazzo, whose grandfather Leo is a friend from the old days and the old world.

Articles: The Age covers the story