The origins of the Carlton team song are shrouded in mystery, at the moment it is believed the tune was first penned around the 1929-1931 period. That is why the latest addition to the Blueseum virtual memorabilia collection is fascinating.

This never before seen piece is from the collection of a relative of a past player from the era of the late 1920’s. It is most likely from either the 1929 or 1930 season and presumably penned for use at a team function to gee up the boys. Nothing else is known about its whereabouts or its author.

It is sung to the tune of ‘John Brown’s Body’ a famous marching song from the American civil war. The tune can be heard here: http://home.att.net/~dmercado/audio/jbb.mid. Some of you may remember it from childhood as ‘Little Peter rabbit had a fly upon his nose!’

The song includes many of the players and administrators from the era and if you close your eyes you can almost hear the players and staff of the club all huddled around a piano belting the song out heartily.

“Good old Carlton, how we love you, win or lose we’ll never leave you.”

Was this piece written by the same person who wrote the Carlton theme song? Was it a precursor or inspiration for our team song? Sadly, these are questions we cannot answer. 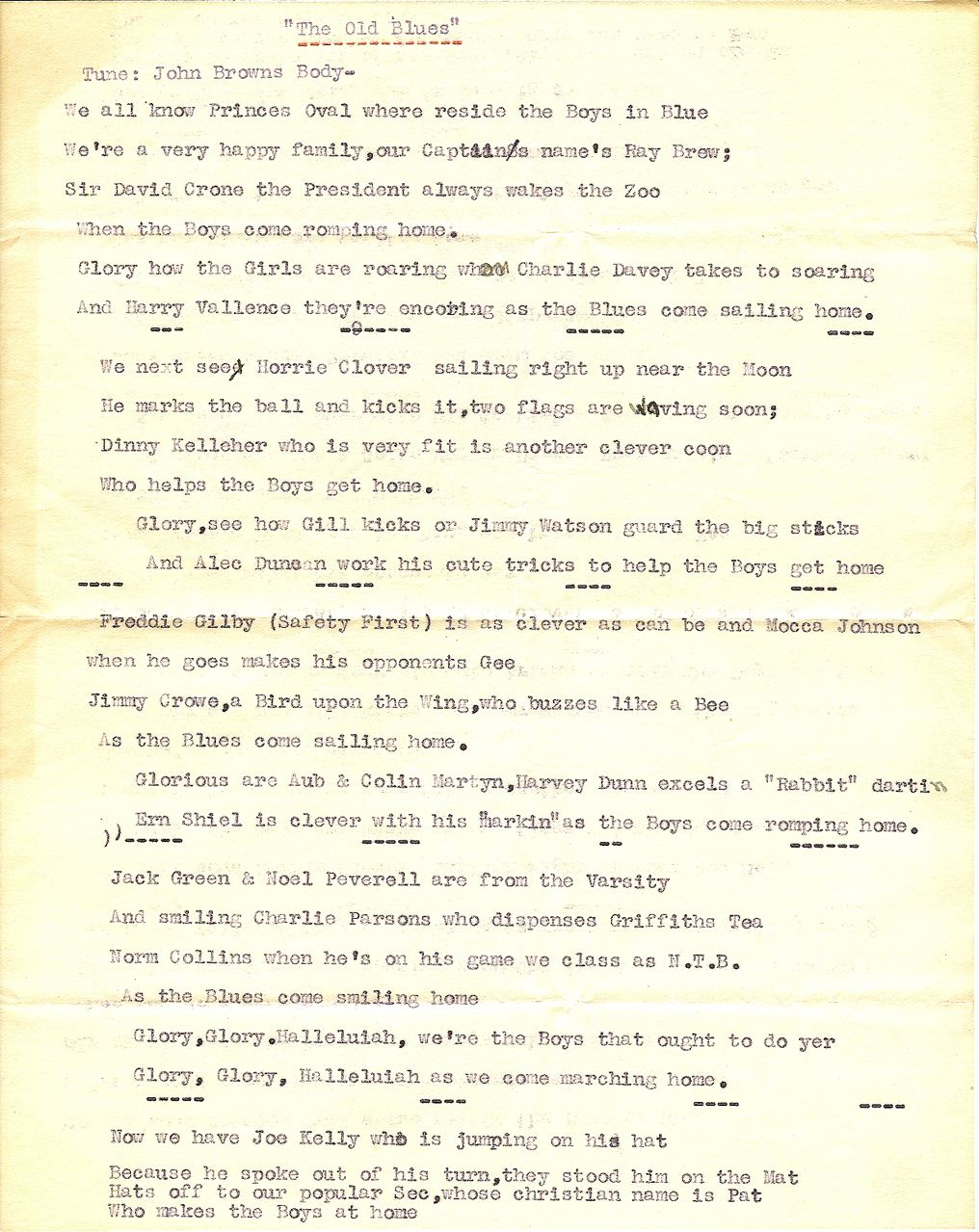 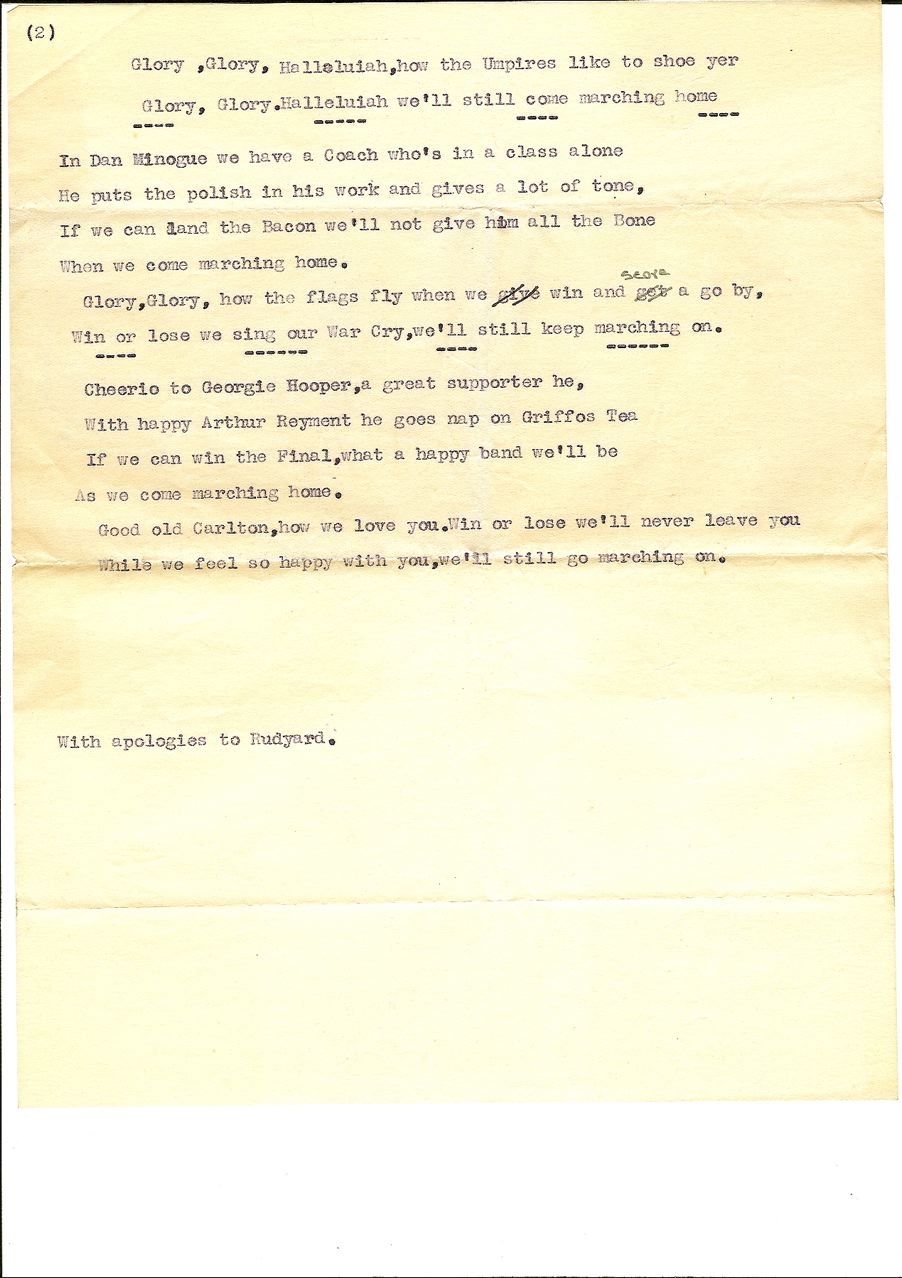