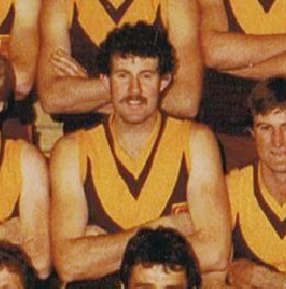 David Wharton played reserves grade football for Carlton in 1978, he was given a six match clearance permit but only ever utilised one of the match permits.

Wharton was recruited from Sandhurst, he later played in the 1985 premiership with Northern United in the Bendigo Football League.