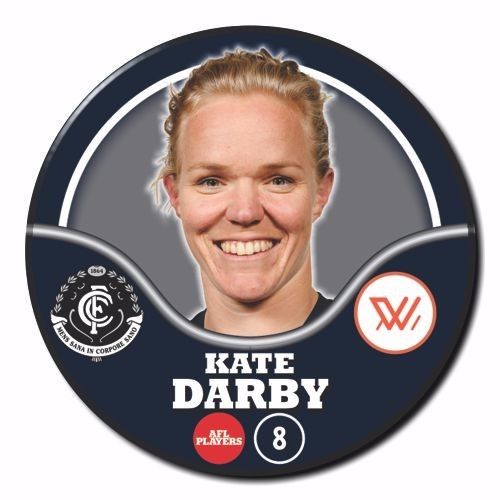 A natural athlete with an appetite for the contest, Kate Darby will add flexibility to the Blues’ line-up in 2017. Having played Aussie Rules as a junior with the boys, the No.136 draft pick returns to the game she loves and excels at. “Kate is a natural athlete, with her height and strength tremendous attributes,” senior women’s coach Damien Keeping said. “She can play a key role either forward of the ball or behind the contest, making her very versatile and valuable.”

Inaugural Carlton player Kate Darby, was not re-signed by the Club at the end of the season during the four-day free agency period. In May 2018 Darby accepted an offer from expansion club Geelong to play with the club in the 2019 AFLW season.

Darby would be placed onto the inactive players list for the 2021 season by Geelong due to pregnancy.