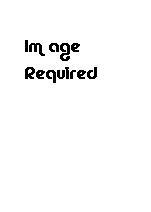 Lachie Fogarty became a Navy Blue after completing a trade with Geelong today during the 2020 AFL Trade Period.The Blues have acquired the 21-year-old forward pocket as well as pick No.38 from the Cats in exchange for pick No.30 and No.51 in the 2020 NAB AFL Draft. Selected with the No.22 overall pick in the 2017 National Draft, Fogarty possesses elite agility, turn of speed and class with the potential to develop into a dynamic member of the Blues’ forward line. He has played 23 AFL games to date and finished the 2020 season ranked above average for disposals, contested possessions, inside 50s as well as tackles – averaging more than three per game.

A highly touted junior with eye-catching explosiveness, Fogarty will look to take the next step in his career in the Navy Blue. Carlton Head of List Management Nick Austin said there was no shortage of upside to the young forward. “Lachie is extremely talented with all the attributes required to succeed at the elite level,” Austin said. “He will have every opportunity to make the most of that talent at our football club and he is really excited to begin the hard work and push for his place in our best 22. “We are looking forward to seeing Lachie take the next step in his career at Carlton. He is an exciting prospect who we think has the potential to be a player our members and supporters really enjoy watching in the seasons to come. “We would also like to thank Geelong for their cooperation in negotiations. Lachie was a contracted player, which we were always respectful of, so we are glad we could reach a trade that has proved to be beneficial for all parties.”

Fogarty was originally recruited from Spotswood FC (WRFL) via the Western Jets.