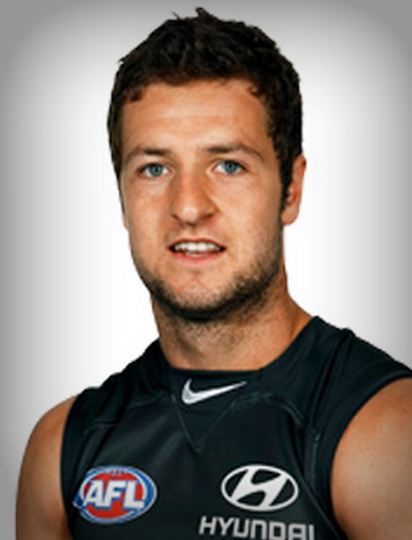 
Carlton rookied Heyne for the 2012 season after he had played 3 games with St Kilda. At the time, our Recruiting Manger Wayne Hughes was quoted as saying: "He's been training with us and he's really impressed our coaching staff, so we're happy to be giving him another chance. He also did his AIS academy week with us some time ago as a junior. He's a left-footed wingman/forward who can hopefully also go through the midfield."

Heyne was taken at pick 32, the Blues second pick in the 2011 Rookie draft. Come season's end however, he was released by the Club. Heyne headed north to play with Canberra team Ainslie. In 2017 Heyne would return to his junior club to play alongside brother Michael.

2008 National Draft Profile - Nick Heyne
An AIS-AFL Academy graduate, Heyne is originally from Orbost but has been boarding with a family in Maffra since early 2007 to improve his school and football prospects. He ranked in the top 10 at this year’s AFL draft camp for standing vertical jump (69cm) and 20 metre sprint (2.91 seconds). Heyne is at home on the wing, where he can display his strong running and marking skills