Peter Kourkoumelis was the younger brother of Carlton on-baller Spiro Kourkoumelis. Peter was a talented forward on-baller who played part of the 1983 season with the Blues U/19's. 'Kookas' main problem was his fitness and his dislike of training, he was given a run with the thirds and despite showing ability to play at that level was told that he needed to get fitter to continue playing. 'Kooka' went away and never returned to the Blues. Kourkoumelis would then head to the VFA and play with the Brunswick FC which had quite a few former Blues and team mates on their playing list.

He was originally recruited from Fitzroy Rovers which played out of Fitzroy Football Club's spirital home at the old Brunswick Street Oval. 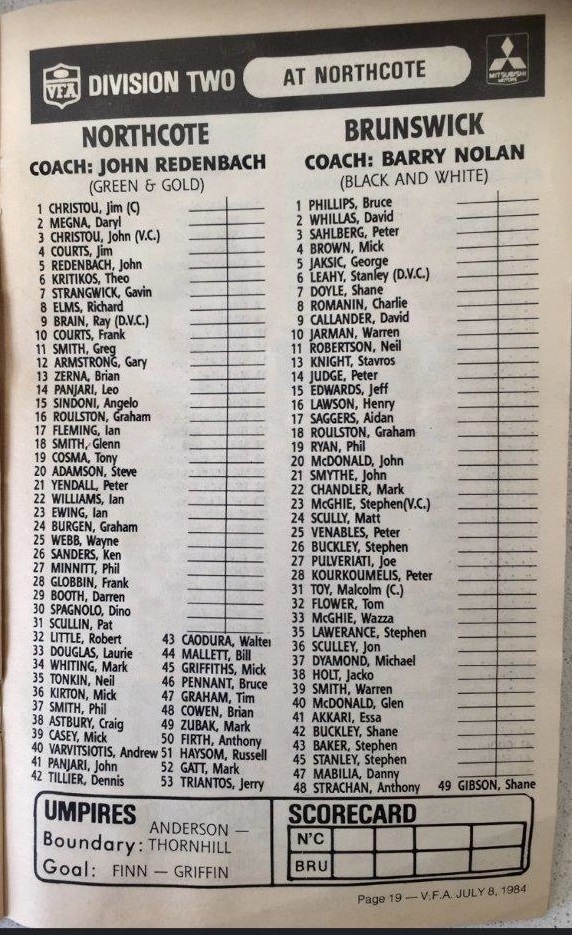