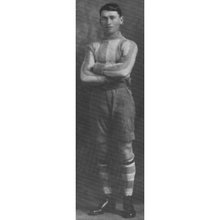 Goals; Price 5, Schmidt 3, Redstone 2, Neeson 2, McInness, Ayres, Crisp
Best; Ayres, Price, Denning, Shields, McIntyre, Schmidt, Williams.
"Ayers (follower) was the best player, but great form was shown by Shields at centre-half forward. McIntyre was a brilliant full back who should regain his place in the senior side. Denning played just as well on the half-forward wing. Price roved excellently, and Williams did well on the wing." (Argus April 27)
Carlton
Played 1, Won 1, Lost 0, For 107, Against 67, 159.7%, Points 4

July 03
Carlton played Fitzroy at Fitzroy
Friday's Herald (p18); "Carlton have made six changes.
Huxtable and Collard are down from the seniors, and Frank Stammers, of Romsey, will be given a run in the back pocket.
Dunham, James, and Butler, three juniors will be tried out. Butler came from Tasmania this season."
The Roys got off to a good start with a 6 goal lead in the first term.
The Blues hit back and took the lead, but Fitzroy snatched victory by kicking the winning goal on the final bell.
Carlton team;
Backs; Stammers, Crisp, Collard*
Half backs; Jennings, Huxtable, Mann
Centre; Maloney, Schmidt, Mason
Half forwards; Askew or James; Pollock, Dunham
Forwards; Jones, Butler, Dunn
Followers; Farrelly, Chitty
Rover; Parker
Emergencies; Anderson, Redstone, Connell, Cameron, Lieper, Quinn
.* There was no 19th man named in the senior team on Friday Collard, one of three emegencies, got the call up..
Umpire; Peatt
Carlton lost by 4 points
Carl. 0.3 4.8 5.9 8.11.59
Fitz. 6.3 6.3 7.6 9.9.63
Goals; Jones 2, Parker, Schmidt, Butler, Denning, Pollock, Dunn
Best; Maloney, Huxtable, Pollock, Dunn, Parker, Schmidt.
Carlton second
Played 11, Won 9, Lost 2, Points 36.

September 25
Carlton played Collingwood on the M.C.G. as a curtain raiser to the VFL Grand Final.
The Reserves Grand Final (Geelong - Collingwood) was played on the following Thursday (Show Day) on the M.C.G.
"Although the seniors in the League football grand final showed how the game should be played, the seconds final, which was the "curtain raiser" at the Melbourne Cricket-ground, provided one of the worst exhibitions ever seen on the ground.
All through the game there were nasty incidents, but the worst trouble occurred early in the third quarter, when there was one all-in fight, players of both sides joining in and hurling blows recklessly at each other.
At the end of the match surprise was expressed when it was found that only three men had been reported. Some of the incidents occurred in the open, yet the offenders were not penalised, and play was allowed to go on."
"Playing a steadier game Collingwood added six goals to two in the last quarter to win 19.12 to Carlton's 12.4 Adopting it's senior side's short passing and position play, but lacking a little of it's accuracy, Collingwood made many spectacular moves. It led by six goals to two at one stage, but Carlton added three goals in a few minutes, and it was only six points down at half-time. Collingwood, after the third quarter melee, played the stronger and steadier game." (Argus Sept. 27)
Carlton team;
Backs; McInnes, G. Crisp, Ayres/Fox*
Half backs; Chitty, Mann, Redstone
Centres; Askew, Brown, Williams
Half forwards; Schmidt, Denning, Parker
Forwards; Maloney, Jones, Dunn
Followers; Pollock, Collard
Rover; Price
19th. Man; Bavin
Emergencies; Ayers, H. Anderson, Durham, Sneddon
(.*Ayers replaced Fox in selected side who was unable to play)
Umpire; W. Cheers
Carlton lost by 50 points
Carl; 1.0 6.1 10.2 12.4.76
Coll; 3.4 6.7 11.10 19.12.126
Goals; Pollock 3, Denning 2, Chitty 2, Dunn 2, Schmidt, Jones, Price
Best; McInnes (best for Carlton), Askew, Mann, Schmidt, Denning, Dunn, Crisp, Chitty, Price, Moloney