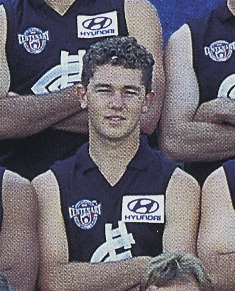 David Walls was taken under the father/son rule in the 1995 National Draft, with his father being the Ex Carlton Champion footballer and coach Robert Walls. He was originally recruited from Southport in Queensland, he was listed with the Blues for the 1996 and 1997 Season. Walls was a rangy key position player with a promising future who had to overcome a knee reconstruction that affected his first year at the club in 1996. After the playing the 1997 season with the Blues reserves team, Walls and the Blues departed company. Walls headed to SANFL Club Norwood for the 1998 season. 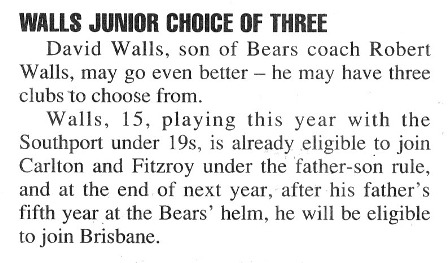 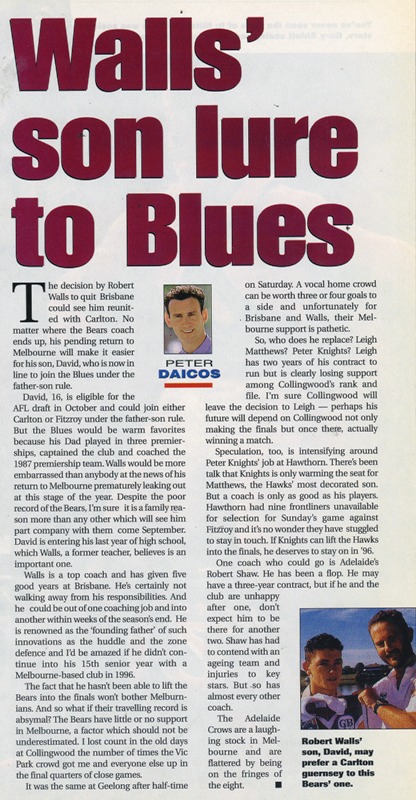