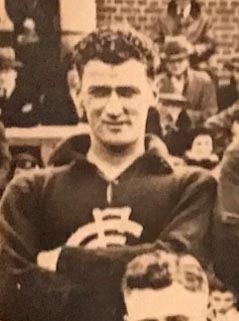 Born in Colac, but recruited from Koroit, he kicked 4 goals for the Blues.

O'Rourke headed to Fitzroy for the 1933 season, he played seven games and kicked two goals.

The controversial 1931 29 game suspension of Tommy Downs was not warranted as O'Rourke says his boot connected with the Richmond captain's face.
Read the Sporting Globe July 03 1954 article> http://nla.gov.au/nla.news-article176558489