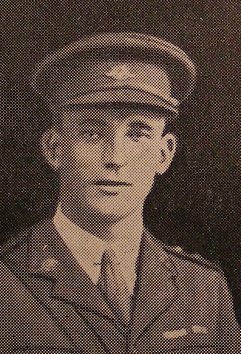 Leslie Victor Starr made just one senior appearance for Carlton, in the last game of the 1913 season against Fitzroy at Princes Park. A tall defender from Yarragon in Gippsland, Starr was one of two debutantes for the Blues on that August afternoon, along with Wally Don, a half-back flanker recruited from Melbourne Teachers College.

Starr and Don had much in common. Both were trainee teachers from small country towns, and both played their only match for the Navy Blues on a day when the Maroons were a bit too good and ran out winners by 23 points. Wally crossed to University in 1914 to play another 15 games, while Les bid farewell to league football to concentrate on his studies.

World War 1 erupted in August 1914, and Les Starr was among the many thousands of Australians who volunteered for active service. He was promoted to the rank of Sergeant prior to embarking for France with the 24th Battalion in November 1915. In October 1917, his right hand and face were wounded by shrapnel from an exploding artillery shell and he was evacuated to England for specialist treatment.

By May 1918 he had recuperated. In August of that year, he was posted to an Officer Training Unit, and was serving as a staff officer when the German surrender brought an end to hostilities in November. After staying on to assist in the repatriation of Australian troops, he arrived home at last in December of 1919, to marry and resume his teaching career.

Aitken, Dennis and a Lot of Bull

1979 Rd 18 - Ashman & Icke wrestle as a spectator whacks umpire with an umbrella.