Geelong were outclassed with the Blues led by Ashman, Blackwell, Johnston, Maclure and Meldrum.

The game started off with a fiery brawl up at the scoreboard end with David Rhys-Jones copping a heavy blow to the jaw courtesy of Geelong's Paul Jeffreys.

The game also signalled the first senior appearance in 1985 for Justin Madden who had been overlooked for selection in the opening three rounds. History would show Madden ending up winning the club's B&F as well as finishing 2nd in the Brownlow Medal.


Carlton gave Geelong a football lesson and a 72 points hiding in a fine display at Princes Park. Mark Maclure turned on his best form for the season and kicked seven goals for the Blues. - Football Record. 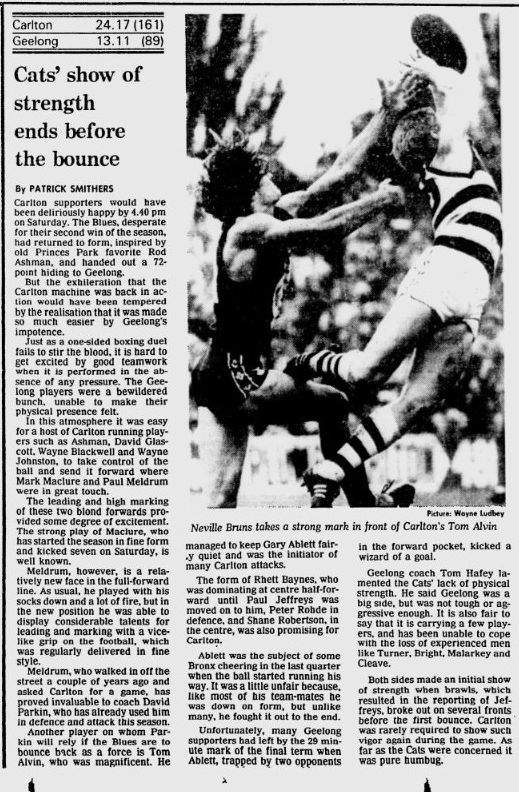