Brownlow Medallist Greg Williams plays his first game for the Blues in a 56-point loss to Footscray at the MCG. 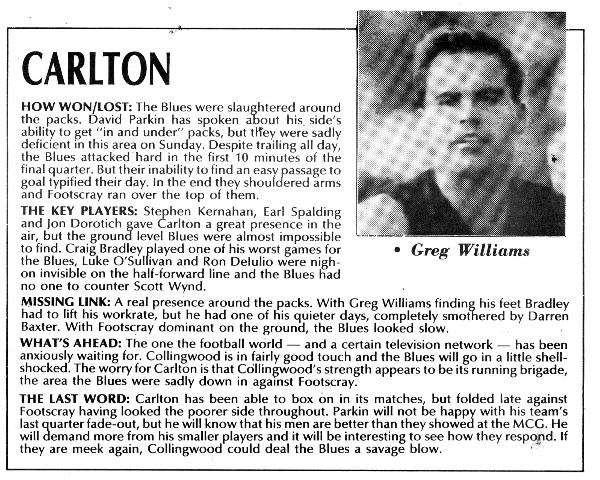 Greg Williams finally played his first game for Carlton after serving out his suspension for salary cap breaches at Sydney. 'Diesel' managed 7 kicks and 14 handballs in a fairly subdued start to his career at Princes Park, while the Blues were totally outplayed and went down to the Bulldogs by nine goals. Fraser Brown (29 disposals) was the Blues' best. Stephen Kernahan hauled down 12 marks and kicked five goals as Carlton's only real target up forward.

This was the first ever match played between these two teams at the MCG.