The legendary Bob Chitty, resplendent in double-breasted suit and striped tie, cuts an impressive figure on the balcony of the National War Memorial, barely a year after leading Carlton to victory in the most infamous of all Grand Finals, the 1945 “Bloodbath”. 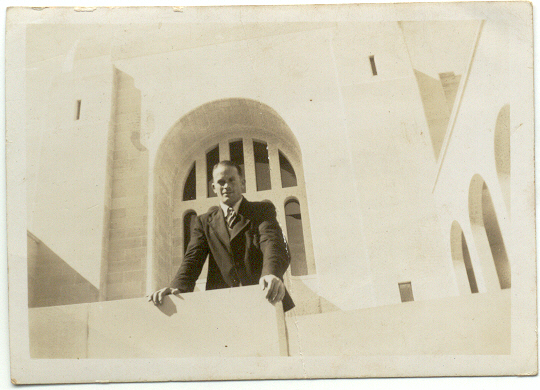 This never-before-seen image, captured on the afternoon of Friday, October 18, 1946, was one of a series of cherished snaps taken by Chitty’s old teammate, Ken Hopper during what was a two-week Carlton Football Club tour of New South Wales and the ACT.

The bus tour, which ferried Carlton players and officials to such destinations as Gundagai, the Blue Mountains, Bateman’s Bay and Sydney Harbour, was fully-funded by Carlton as fitting reward for the team’s landing of its seventh and possibly its hardest-earned pennant. 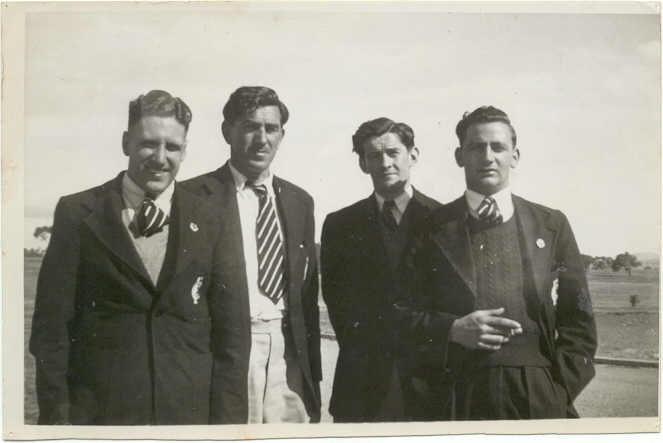 All the way, Hopper and his trusty Kodak captured precious moments in sepia – from the first roadside luncheon stop at Dandenong through to the sand and surf of Manly, and everything in between.

Today, more than 60 years on, Hopper has kindly allowed all Carlton supporters a sneak peek at his unique images captured on one of the more memorable football expeditions.

“In those days most teams usually took off on yearly trips to wind up the season, but the money wasn’t around then and our trips were usually confined to Bendigo or Ballarat,” Hopper said.

“But this particular trip was completely paid for by the club. Even our caps and blazers were paid for from the premiership donations.”

“That trip was absolutely tops. To head off interstate was something that never took place in that era and to think we were heading to Sydney and Canberra on a premiership trip was just unbelievable,” Hopper said.

Hopper has kindly made his collection available to the club, which is in the throes of building an online archive of Carlton images and documents. Those interested in assisting with similar items can contact tony.debolfo at carltonfc.com.au.

Please note that we can be contacted through admin at blueseum.org