To Be Included When Clearances Arrive Or They Train.

Diggins (retired), Cameron (Navy), Hollingshead (Shepparton), A. Shields (W.A.), Park (A.I.F.), Chandler (retired)
Albie Broman who played with the Reserves in 1940 was named in the Sporting Globe November 15 1941 (p4) as having enlisted in the military.

Carlton are second on the ladder

May 06
Bert McTaggart was cleared back to Williamstown by the Carlton committee. He had been in the Reserves last year.
(Age p4)

May 24
No Reserve matches, VFL Patriotic Lightning Premiership at the MCG 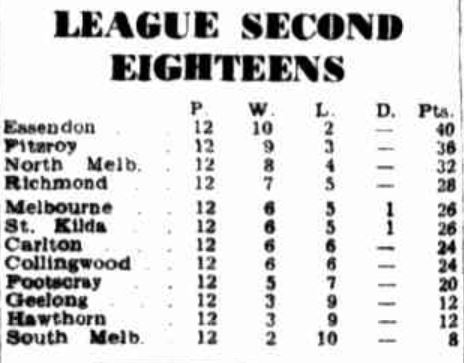