Another good win for the Blues - Footscray thrashed by 72 points at Princes Park.

“He was among the least seen of Carlton’s 18 men. He would appear on the scene, then disappear quickly – until next time. Yet in each of these fleeting moments it was the sheet brilliance of Alex Jesaulenko that Carlton will remember about its crushing win over Footscray on Saturday.” Scot Palmer, the Herald. 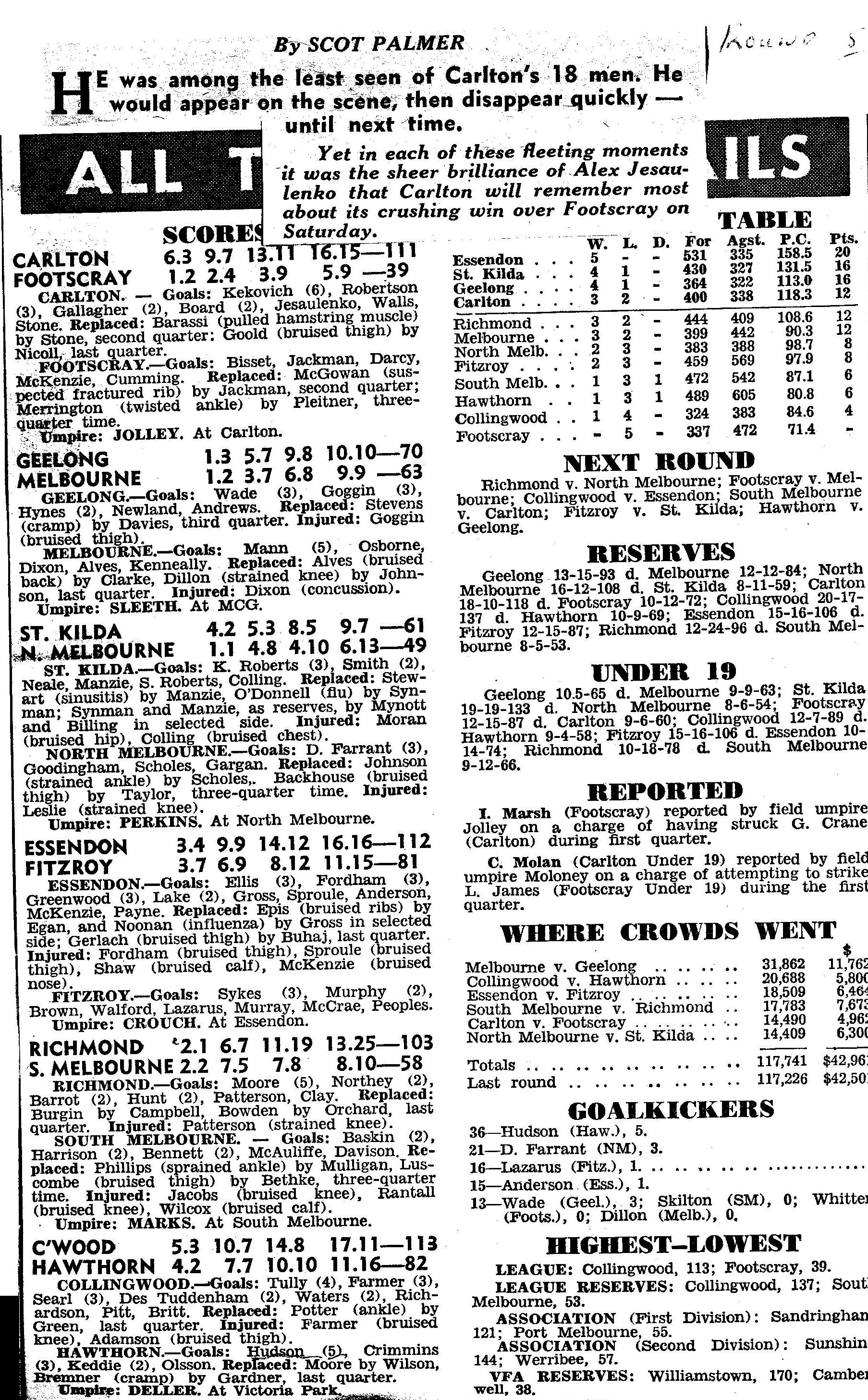 This game started in a similar fashion to the previous week’s match against Hawthorn, in that Carlton scored a goal in the first few seconds. The second came almost immediately when Barassi with clever handball passed to Gallagher who goaled. Carlton were winning across the centre, and clever defence kept Footscray to 1-2 for the quarter. All eyes were on Barassi in that first term, and I felt that he played well - showing a lot more dash than he had earlier in the season.

In the second quarter Carlton went further ahead, but mistakes were being made by both sides. Brent Crosswell was playing well in the centre and gave his forwards many chances, but his disposal wasn't perfect and Carlton’s score could have been better. Footscray made many changes (particularly on the half-back line) in an attempt to curb the brilliance of Jesaulenko. He didn't have many kicks because the Blues played through centre half-forward to try to bring Walls into the game, but whenever the occasion arose, Jezza made the best of it. His speed, anticipation, perfect passing and football know-how are a treat to watch. Every kick has value, and he looks brilliant in everything he does.

Barassi was replaced by Stone near the end of the quarter; I couldn’t help but feel sorry for the man who had blasted his critics with almost perfect football in the first quarter. The duel between Goold and Whitten was possibly the highlight of a dull game. Goold outmarked and outpaced Whitten and his disposal has improved on last year. However, Whitten played patches of clever football with limited opportunities, and never gave up; this should be a lesson to the younger players.

Schultz and Nicholls had an interesting duel and I felt Schultz won many of the knock-outs. Nicholls proved his value as a great player on the forward line, many times he was left unattended. The third quarter saw Carlton add another four goals, but they made many mistakes and should improve. Footscray have many weaknesses and it is only Schultz and Whitten who keep the side together. Cook showed potential at centre half-back.

Ron Barassi grabs his hamstring as he walks to the bench 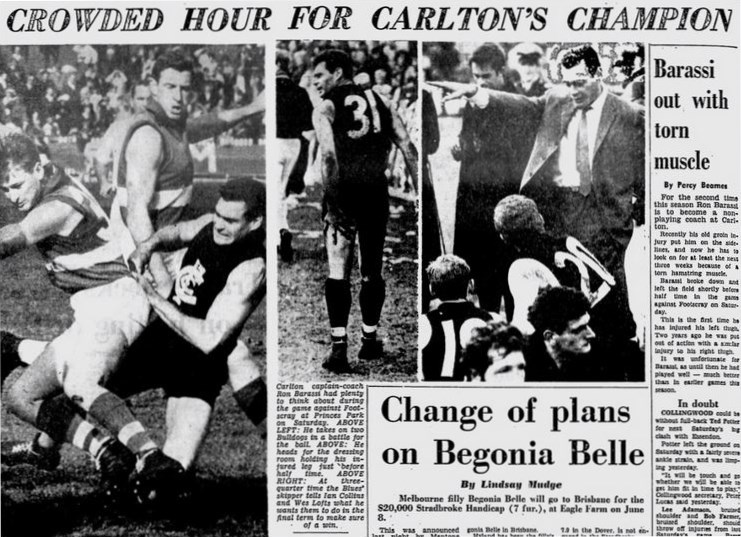