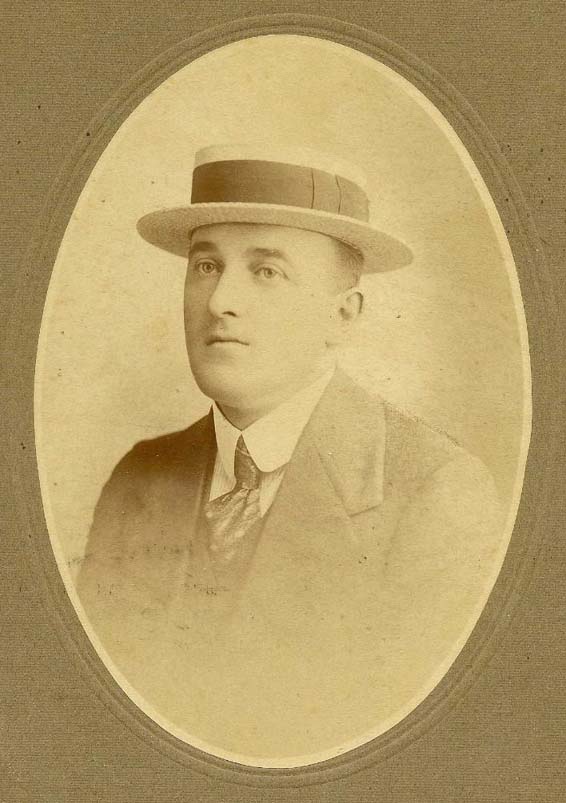 McNeel played 10 consecutive games for Carlton at full back after debuting midway thru the 1905 Season.

Recruited from Castlemaine, he had also played 8 games for the Carlton Cricket Club in the 1904/1905 season. One of his sons would also later play District Cricket with Essendon during World War II. But after the 1905 season McNeel disappeared from the Carlton scene.

He had been wrongly listed as McNeil in the 1905 Carlton Football Club Annual Report and it wasn’t until his grandson was chasing his cricket record thru the Carlton Cricket Club, who passed the query whether he could have also played with the Carlton Football Club onto the MCC library, who then passed it onto the AFL, that it was discovered that he also had played football for Carlton. This link was confirmed in the Melbourne daily papers when he made his debut, but they also had spelt his name incorrect (as McNeill and McNeil, the Victorian Birth, Death and Marriages Indexes also spelt some of his brothers and sisters as McNiel.)

He was born in 1882 at Castlemaine to William and Jane (nee Langley) McNeel, named Archibald Langley McNeel, he married Alma Flor Gundry in 1917 and was living at Cheltenham when his first son was born in 1919.

Before McNeel’s first game against South Melbourne, “Kickero” from the Herald in his Friday night preview reported “McNeil, the Carlton cricketer, who comes from Castlemaine, will play for Carlton tomorrow. Topping will be out of the team having injured his leg at practice during the week,”

While in the following Monday review of the match in the Argus reported “Carlton had a new man back, in McNeill, who plays cricket for them, and a first rate man he proved to be.”
While Monday's Age said; " ... and McNeill, of cricket fame, who comes from the Collegians being included."

He had tried to enlist with the AIF during 1916, but was rejected.

Archie worked as a chemist until at the age of 42 when he was diagnosed with the painful condition of Neuritis, two years later he was admitted to the Lara inebriates institute with heroin addiction and severe asthma. After a period moving between the institute and hospitals in Melbourne Archie sadly passed away by drowning in Lara lake behind the institute on February 22, 1926.