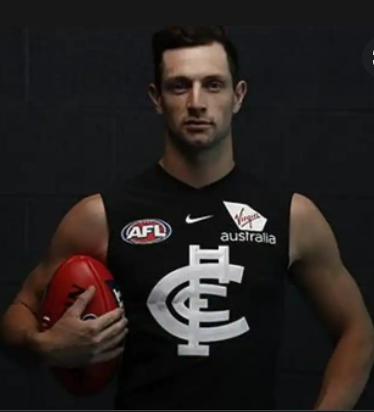 
After 44 games for the Cats, Carlton traded for him to help our struggling forward line in 2018. Darcy grew up in Colac, Victoria and played for Victoria Country in the 2013 AFL Under 18 Championships, where he suffered a broken leg. Lang was drafted by Geelong with the 16th overall selection in the 2013 national draft. He made his debut for Geelong in the round 13 win against St Kilda in 2014. In August 2015, he was the round nominee for the AFL Rising Star after the round 21 draw to St Kilda, where he recorded sixteen disposals, three marks and two tackles. He played a total of 44 matches for Geelong over four seasons.

On the second last day of the 2017 trade period, Lang confirmed his desire to move to Carlton. He was officially traded to Carlton the next day. Lang made his debut for Carlton against arch rivals Essendon at the MCG, making an immediate impact goaling with his first kick for the Blues in the opening minute of the game with a clever snap around the corner. Lang would kick two goals in a promising debut that helped Carlton win its first game of the season after losing the first seven games of the 2018 season. A further 10 games followed, for 11 games and 6 goals in total, as Lang struggled to maintain his spot in the team and impact at this level.

After the final round of the 2002 season, the Carlton Football Club informed four players that they will not have their contracts renewed for the 2021 season. Darcy Lang, Hugh Goddard, Ben Silvagni and Finbar O'Dwyer have been told that they will not be retained at the Club beyond 2020. Lang would head north and play in Darwin in the summer competition for Waratahs at the end of the 2020 season.

In 2021, Lang will return back to Geelong after signing with its VFL affiliate team.
2022 - Darcy Lang returned to his original club Colac as a player and co-coach.