The Gardiner Medal -Instituted seven years after the formation of the League seconds, The Gardiner Medal was named after the late Frank Gardiner, president of the competition. In 1959 the seconds was renamed the VFL reserve grade. The medal was awarded to the best and fairest player as adjudged by field umpires until the reserves competition was terminated at the end of the 1999 season. In April 1992, three players, who had previously been eliminated on a countback, were awarded retrospectively for seasons 1950, 1970 and 1971.1 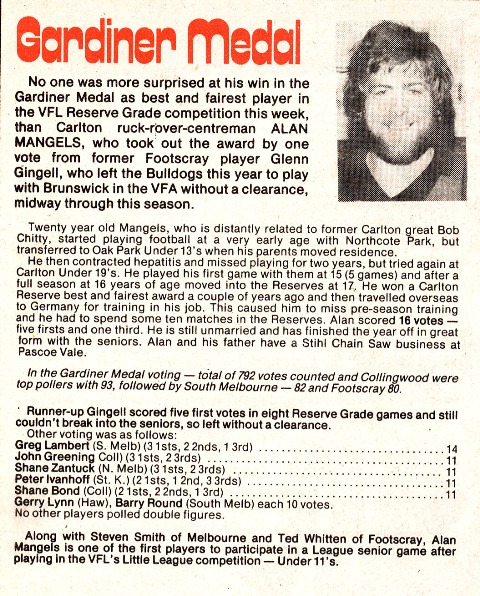